Audley Facey appeals for public assistance to save sight 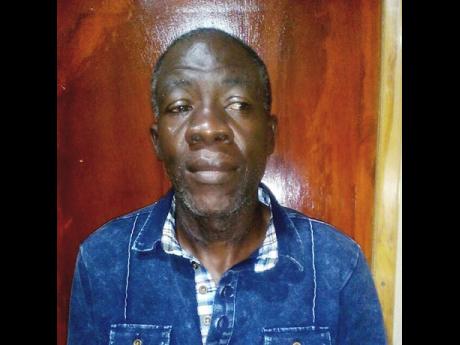 A few years ago, Audley Facey was faced with the predicament of bleeding eyes. Even though that condition has healed, he still has not got a break from the struggle, as he is now in need of surgery to remove a cataract from the left eye and address glaucoma in the right.

Desperate for help to cover the cost of another phase of surgery, he explained to The Gleaner yesterday that he had to forgo treatment for the cataract and glaucoma, during the bleeding eyes spell, in order to avoid complete blindness.

"I had a condition where the back of my eyes was bleeding from 2013 to 2015. After a while, I did an operation to correct the problem. I am diabetic and used to work at the wharf. The doctors said that the level of radiation on the wharf, coupled with the diabetes, helped to worsen my situation. I ended up doing laser surgery three times to stop the bleeding," he said.

"After that, the doctors said I could do the cataract operation because the bleeding stopped, so I am trying to garner some assistance to get the surgery done so I can scrape this thing off my eyes. If I had done the surgery for the cataract at that time, maybe I wouldn't be able to see anything again."

When Facey was to remove the cataract in 2015, he said the cost then to deal with the left eye alone was $220,000. He knows it is much more expensive today, especially since he needs to do surgery on both eyes, but is hopeful that a good Samaritan will help him save his sight.

"I am not completely blind, so I am able to see bright colours. In the daytime when the sun is out, I can see a few things. I can see to answer the phone, but to see small numbers, I can't do that. Once there is light, I can see a little thing," he said.

Since he is a regular passenger on Jamaica Urban Transit Company (JUTC) buses, Facey took the initiative to reach out to the company for assistance.

The Gleaner contacted com-munications manager at JUTC, Cecil Thoms, yesterday, and he indicated that helping Facey to set up an account could be an option.