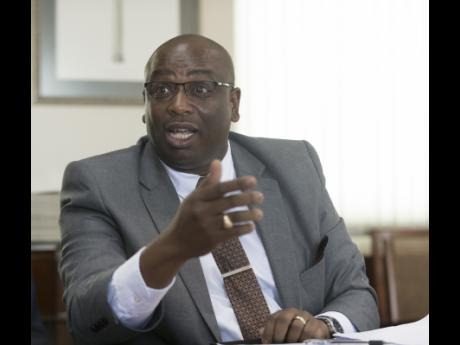 Dr Garth Anderson, president of the Jamaica Teachers' Association (JTA), said he is still awaiting the official results of the Primary Exit Profile (PEP) mock exam after he made a request to the education ministry close to a month now.

Reports have indicated that the results were much worse than what was announced.

Anderson told The Gleaner that while he suspects that the results are woefully unsatisfactory, he has nothing formal in hand to deny or confirm the numbers.

"We have made it quite clear from the onset that the results would not be looking great. In fact, that is why we had started to make our observations known pretty early, to treat with the difficulties we saw right after the sitting of the performance task examination."

He added, "We are not at all surprised by the results but we wanted to have a closer analysis of what is happening and to assist teachers in getting students ready, because ultimately that is our aim."

NOT ALLOW FUTURE OF STUDENTS TO BE TARNISHED

Anderson made it clear that the JTA will be monitoring developments closely as he will not allow the future of the 40,000 students who will sit the exam to be tarnished.

One principal expressed similar concerns and made a call for the performance task aspect of the exam to be pushed back until the new academic year.

"I am not surprised, because it's three weeks now I asked for the results of the exact number of children who met the standard. I challenged them and I said that I am afraid that there is not even one student who met the standard," the principal said.

"What I am surprised about is that after the minister recognised that the results were so poor and horrendous, that they are still trying to push ahead with having the performance task section of it continue as is."

Another principal said, "My brightest student did not pass the mock exam."