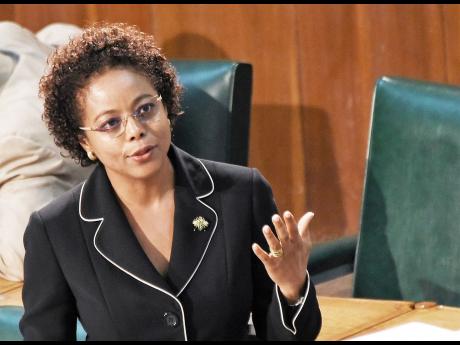 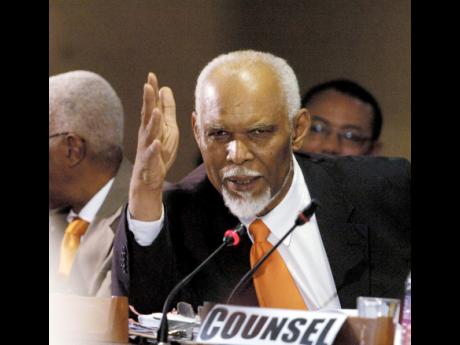 Lawmakers yesterday levelled damning criticisms at the police, declaring that "too often" citizens are being charged with criminal offences without any investigation.

The disapproval came after the Jamaica Constabulary Force (JCF) proposed to a parliamentary committee that the so-called anti-gang legislation be amended to give investigators the power to detain suspected gang members for up to 14 days without criminal charges being filed.

Attorney General Marlene Malahoo Forte and K.D. Knight, opposition senator and former national security minister, were blunt in their response to the proposal.

"The request is coming in a context where the police have operated in a certain way, where you claim that you have persons under surveillance or you have them under investigation, yet you go and you arrest without a case file. Sometimes without even a single statement on the file and you set the matter in court prematurely and requests are made for adjournment for the files to be completed," Malahoo Forte said during a meeting of the joint select committee of Parliament that is reviewing the Criminal Justice (Suppression of Criminal Organisation) Act.

Knight, a veteran criminal-defence attorney, made it clear that he was "personally and totally" against the proposed amendment and charged the JCF to develop a "culture of conducting investigations before just picking someone up and putting them in custody.

"Too often there are arrests being made without investigations. That's a major problem. So what happens is you arrest this person on suspicion, but not reasonable suspicion," Knight asserted.

"You carry out no investigation. Oftentimes you suspect that this person is involved in so and so. If you begin to ask what's the basis for it, you see that not only is it not reasonable, it's non-existent."

Deputy Commissioner Selwyn Hay, who posited the recommendation, sought to assure lawmakers that the police were not seeking to detain individuals and then search for evidence.

"I understand fully well the sentiments expressed by Mr Knight and I am the first to acknowledge that in our police force, we have not crowned ourselves in glory regarding how we have approached the issue of the rights of citizens," he said.

However, Hay, who heads the crime portfolio, insisted that the police face a "clear and present danger" from criminals who "take control of communities, who prevent people from moving, prevent people from coming to law enforcement and kill people with impunity."

He added, "I don't want us to leave these chambers with the belief that we are saying that police are asking for a willy-nilly approach where we just go in and pick up someone we suspect. We are talking about the instances in which we have reasonable cause [to believe] that these people are creating mayhem."

The deputy police commissioner revealed that in several instances, investigators have delayed filing criminal charges until they have sufficient evidence.

"In fact, we are doing that right now and it's playing out in front of our eyes in a community in western Jamaica. We are taking in people and people are retaliating. People are killing people as we speak," he insisted.

But Malahoo Forte would not relent.

"If you look on the history of requests from the police for additional powers - and we have been tracing it in the chambers - when those powers have been granted and how they have been used, and you look at that against the liability of the State, we can't go down that road again," she insisted.

"When I look at the size of judgments awarded against the State because of how the police have carried out their duty, it does not tell a good picture at all."