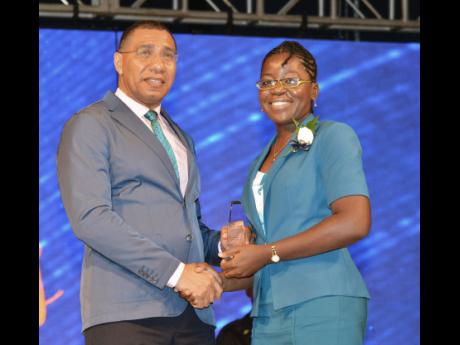 Kenyon Hemans
Prime Minister Andrew Holness making the presentation to Phylicia Ricketts for innovation in science and technology at the 2018 Prime Minister's Youth Awards. Ricketts recently completed her PhD in Applied Physics at the University of the West Indies. 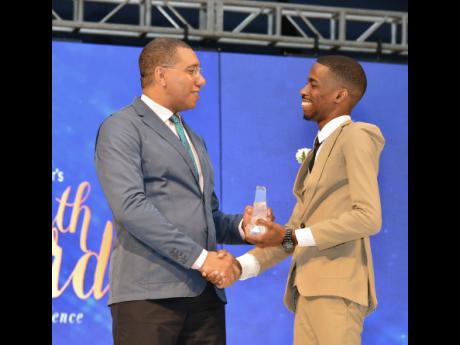 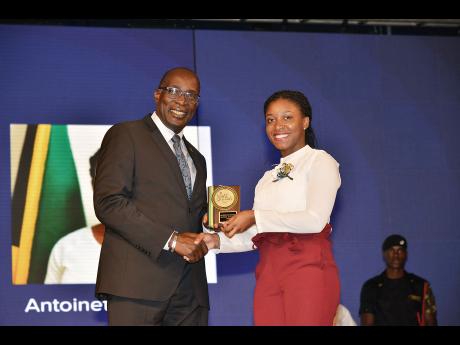 Kenyon Hemans
Minster of Education Ruel Reid making the presentation to Antoinette Davis for academics at the 2018 Prime Minister Youth Awards for Excellence.
1
2
3

The awards ceremony, organised by the Ministry of Education, Youth and Information, was held on the lawns of Jamaica House in St Andrew.

Prime Minister Andrew Holness presented the awards to the awardees, who were honoured for excellence in academics, arts and culture, entrepreneurship and social enterprise, leadership, international achievement, sports, youth in service, youth development, environmental protection, innovation in science and technology, agriculture and agro-processing, and journalism.

In saluting the the nominees and the awardees, Holness said he was beaming with pride in celebrating with them for their accomplishments.

"Our society relies heavily on the skills and ability of our young people. You are the movers and shakers of tomorrow; the innovators, thinkers, artistes, academicians, environmental champions, entrepreneurs, agriculturalists, sportsmen and women. You are the curators of a prosperous Jamaica, and as a country, we have a duty to support you, to facilitate you, and to invest in you.

"You are the engineers of an even brighter future for Jamaica," declared Holness.

The prime minister said his administration believes in the creativity of youth and their capacity to self-actualise and is crafting policy and implementing strategies for youth to flourish irrespective of their backgrounds.

The Prime Minister's National Youth Awards for Excellence was reintroduced in 2017 after a three-year break.

Innovation in Science and Technology