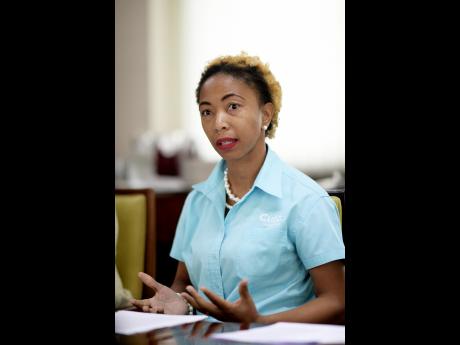 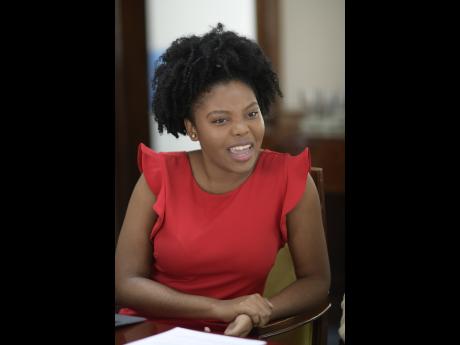 A dangerous subculture, where some Jamaican women expect to be physically abused as a show of love from their partners, is making the work of non-governmental organisa-tions catering to women's empowerment extremely difficult.

Described as a global phenomenon, this painful expectation of some Jamaican women is proving quite challenging for groups dedicated to eliminating violence against women.

During a Gleaner Editors' Forum last week, representatives from Cuso International and Woman Inc spoke of the obstacles they face in their quest to help women move away from this belief.

"It's absolutely difficult. It's like you are fighting an uphill battle to try and help them, because we first want women to understand their position and their rights. Because if you don't have that kind of understanding, any work that you are going to be doing with them after that is not going to be effective," said Roberta Ellis, Caribbean regional representative with Cuso International.

"You are talking about empowering women so that they can understand what their rights are, understand why they are not to be in these kinds of relationships, and to basically understand their self-worth and their value. That is critical."

The gender activist noted that in many instances where cases have been made in intimate partner abuse, the abused woman would attend court and ask for the case to be discontinued, or not turn up at all.

"This is one of the reasons why we work with the Women's Centre of Jamaica, because some of those teenage mothers may also have been in abusive relationships, so we are not only addressing the teenage pregnancy part of it, but other issues coming with it as well," said Ellis.

Tatiana Answer, public relations representative at Woman Inc, is struggling to find answers to deal with the subculture.

"I have absolutely no clue how to deal with women who think this way, because it is something that I take for granted, knowing as my right, as another woman's right, as any other human being's right, to not have their personal space and body violated," Answer told the forum.

"It is an uphill task. But it is not impossible. But what it is going to take is time, because this behaviour is instilled in you so much that it is really hard to unlearn."

For Joyce Hewett, executive director of Woman Inc, this flawed thinking is worrying.

"I get chills when I hear women say this: that if he does not give me that level of attention, which is to box me in the face or to do something, I will do something to him. I will prod him to provocation," Hewett shared.

She said the good news is that "women are learning to see themselves in another light rather than to be abused".