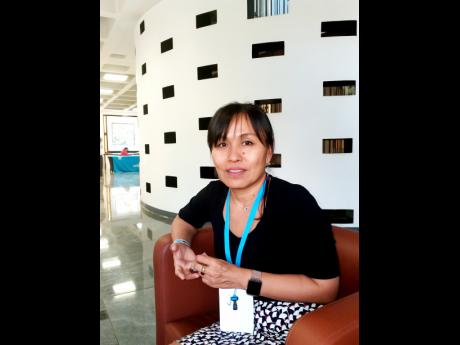 At least 25 per cent of Jamaica's children are living below the poverty line, and UNICEF representative to Jamaica Mariko Kagoshima believes that this is the case because a big chunk of the national budget is committed to debt repayment.

"Child-poverty rate is growing, and it is a great concern for us," Kagoshima told The Gleaner during the first regional dialogue in Latin America and the Caribbean (LAC) on the Convention on the Rights of the Child in Santiago, Chile, yesterday.

"More and more countries are making an effort to increase investment in children, but with the current economic situation in Jamaica, it is difficult to really expand the investment. But then we have to start," added Kagoshima.

She pointed out that at least 15 per cent of Jamaica's children were living in poverty in 2008, but that figure moved to 25 per cent in 2014.

According to UNICEF, five per cent of the gross domestic product is the average public investment in children in LAC, where at least 72 million children aged 0-14 are living in poverty.

MORE THAN 8 MILLION CHILDREN WITH DISABILITIES

Kagoshima argued that governments in the region need to give more priority to providing more basic services to excluded populations.

"The poverty is hidden in rural Jamaica and then in areas where we can't really see, so we forget about these people," said the UNICEF representative, who is also concerned that for the most part, children living with disabilities are hidden.

"We have stopped seeing them, but they must be somewhere," Kagoshima said as she noted that UNICEF would like to see these children attending the same schools as those without disabilities.

More than eight million children under 14 years old in LAC have a disability and are at risk of being excluded from basic services.