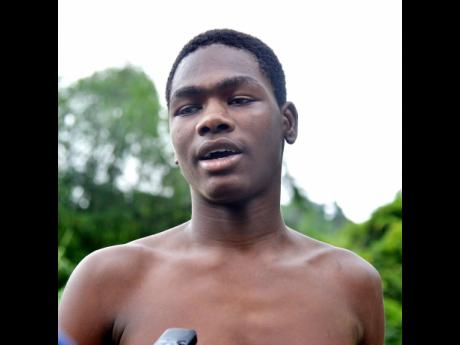 Kenyon Hemans
Shane Rogers fighting the struggle in memory of his father. 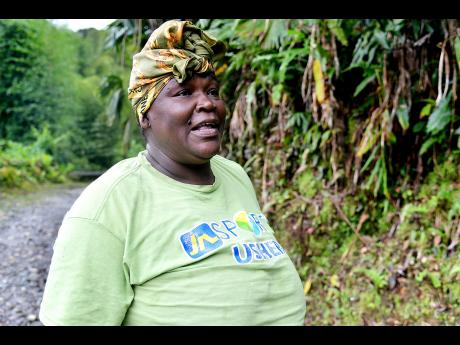 Just a seven-year-old boy when the tragic accident in the Rio Grande Valley claimed the life of his father, Lebert Rogers, exactly a decade ago, Shane Rogers could not understand the adverse effect this would have on his life and that of his six siblings.

Now, the 17-year-old grade 11 student says that he is well aware of the difficulties associated with the death of the family's breadwinner. He points out that considerable hardship has since left him little choice but to try and assume his father's mantle.

Speaking with The Gleaner at his home in Barry Hill, Portland, last Thursday, Shane said that he relies heavily on securing painting jobs or washing walls to get money for school and to purchase food.

"If my father was alive, I would not have to be hustling," said Shane as he divulged that no one in his household is formally employed.

"He would go to his bush and cut his banana or dig up his yam and carry it go sell and send us to school and provide. Now, I have to go wash a one wall or paint early in the morning, before school sometime, to get a $2,500.

He said he is driven, not only by the thought of bettering his mother's life, but also by honouring the memory of his father who believed in the value of a good education.

"I was young, but I remember him telling me not to go to bush like him but to get a good education and do big things, so I'm trying," said Shane.

"Him use to come from bush and tired but bathe and hug we up and kiss we up and do the same to me mother. Is a man who did love work, and when me think about what happen, sometimes me cry, but me try not to keep it on my mind because my mother say I will [go] mad," added Shane.

Althea Douglas, Shane's mother, told The Gleaner that her life changed for the worse on that ill-fated day, and 10 years later, she is yet to pick up the pieces following the death of her common-law husband.

"As bad as things was, he always made sure they had their school stuff and money, and they never went to bed hungry. He always said he wasn't working for himself, but his children. He was a loving father to them and a loving babyfather to me as well," said Douglas.

For Shane, getting his mother and siblings back to the quality of life they enjoyed before the death of his father is a burning desire, and his aim is to enlist in the Jamaica Consta-bulary Force.