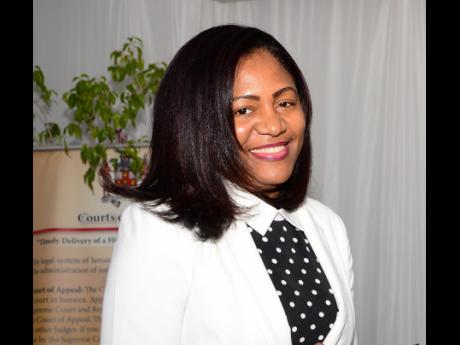 Stacy-Ann Young, president of the Cornwall Bar Association (CBA), has said that the time has come for the police in St James to show the country the results that have flowed from the state of public emergency (SOE) that was implemented in the parish in late January.

"A lot of persons have had their constitutional rights infringed and suspended, and a lot of business persons have not been able to operate their usual hours," Young told The Gleaner in an interview yesterday. "We're saying that now is the time for you to show the fruit of all that sacrifice because sacrifices were made," she said.

"Having given the police a wide berth, and with a year to investigate and put a proper crime-fighting strategy in place, it's now an appropriate time to see what it is that you have given them a year to do. It's now for us to see what the result is of all of that. What have you (the police) come up with?" asked Young.

The CBA president was speaking against the background of recent statistics indicating that of the roughly 4,000 persons taken into custody in St James since the SOE began on January 18, up to November, only 24 detention orders had been issued for detainees' cases to be heard by a special tribunal.

Young suggested that the disparity in the numbers proves that the security forces' policing strategies should focus less on detaining suspects and more on community development.

"For the whole year, out of 4,000 persons being taken into custody, only 24 detention orders were signed. It would speak volumes to the fact that we need to change or improve the way in which we investigate certain matters," she said.

"It's clear that the SOE is not reaping the fruit you would want it to reap in the sense that you can properly prosecute violence producers ... ." Young said.

However, she pointed out that the zone of special operations in Mt Salem, St James, works because the focus is on community development.

The parliamentary Opposition recently withdrew its support for another extension of the SOE in St James, which is slated to end on January 31, 2019.

Since the SOE was declared in St James almost a year ago, murders have been reduced by 72 per cent and shootings by 63 per cent.