Road race rackets? - No policing of the use of the proceeds of numerous walk/run events hosted for charity 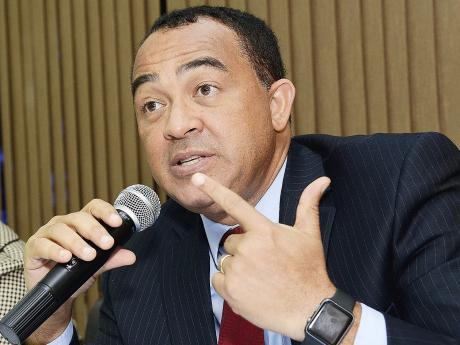 Road races, runs and walks have become the latest craze for persons wanting exercise and the first call for several entities trying to raise funds, but they are unregulated, there is no entity which checks what happens to the money raised, and little control over how and when they are held.

This has sparked concern in several communities, with at least two reports in recent time about road walks where the entities which were slated to get the proceeds are yet to get a dollar.

Among those expressing concern is Minister of Health Dr Christopher Tufton, who has called for the strengthening of protocols for the ministry's gift policy, based on the reality that events such as five-kilometre run/walks are increasingly being promoted as fundraising initiatives for hospitals or health facilities.

"I am concerned, and I have expressed that concern internally about the extent to which some events in the name of health, and in particular hospitals, have been mounted and promoted and sponsorships solicited without, to my mind, appropriate levels of transparency and governance as to where those funds end up," he said.

"My concerns have caused me to ask for a review of the specific protocols around the gift policy which we have in the ministry," Tufton told The Sunday Gleaner.

According to Tufton, while he doesn't want to stifle the efforts of fundraisers, he wants more transparency.

"There are a couple of cases where I have been concerned. I am cautious in my approach to addressing those concerns because I don't want to discourage genuine and sincere efforts that are assisting healthcare, and in the case of 5ks, there is the added benefit of physical activity promotion which I think is important," said Tufton.

He noted that the organisers of these road runs/walks would generally need to get permission from a number of agencies to host such an event. This includes the police and the local municipal authority. The Ministry of Health would normally be requested to provide ambulance services.

"From that standpoint, permission has to be sought and granted to formally host the event. Having said that, in terms of the causes that these events are promoting and supporting, I would be prepared to say it is fairly ad hoc," said Tufton.

He underscored that globally, there have been several cases where persons have raised money to support institutions and the money was not used for the advertised cause.

"There is always a very strong component of gift or giving, friends of foundations, charities, NGOs," argued Tufton.

"I am a firm believer in partnership, and although I want to encourage it, at the same time, we certainly don't want anyone to think that the process is being abused, hence I think the need for a protocol," added Tufton.