RUBiS moving ahead with Water Lane takeover - despite protests from ex-JGRA head, colleagues 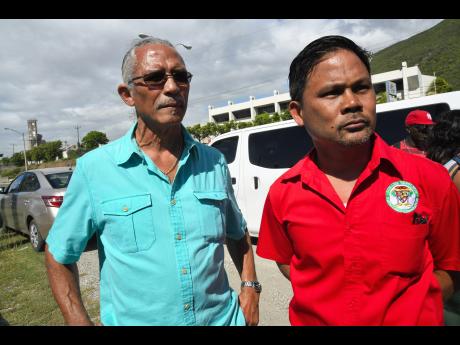 On Sunday, RUBiS Jamaica will take over operations of its Water Lane, downtown Kingston, service station, terminating the contractual arrangement with immediate past president of the Jamaica Gasolene Retailers Association (JGRA) Philip Chong, who has operated it for the past four years.

"The company is going to take over the location on the sixth of January, but the location is closed on Sundays, so technically, the operations won't start until Monday," an insider told The Gleaner.

The source, who did not wish to be identified, was responding to queries about yesterday's demonstration at RUBiS' refinery in Rockfort, east Kingston, staged by the JGRA to protest the decision by the French company to terminate Chong's contract, citing a breach.

"He is in breach of contract because he has closed the location since yesterday (Wednesday)," the company representative disclosed.

"He was supposed to continue operating up to January 5 (tomorrow). The notice that he got also stated that if he intended to leave the premises early, all he had to do was communicate these intentions in writing, and it would not have been a problem, but he did not do that. So technically, he is in breach."

However, when The Gleaner visited the Water Lane service station yesterday, it was in full operation, and Chong was on the premises. The embattled businessman later joined the demonstrators, where the JGRA had assembled a mix of employees and customers from stations outside the Corporate Area.

Chong told The Gleaner that he took over the failed station at the behest of RUBiS Jamaica. Since then, however, because of sustained advocacy on behalf of fellow service station operators, the former JGRA president said that he had fallen from grace and was now suffering the same brand of RUBiS victimisation against which he so vigorously campaigned.

"I took it from the third lowest in the 49 stations under the RUBiS banner and brought it to the top three. But because I look out for the people's interests, they decide they are going to victimise me by taking back this most profitable of stations," the businessman charged.