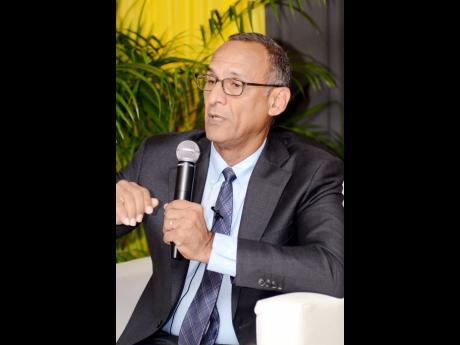 After half a century of dismal performances, the Jamaican economy is now poised for a sustained revival, with very little chance of things going off-track again, according to economist Dr Damien King.

This is because the combination of economic and legislative reforms, which began bearing fruit in fiscal year 2012-13, has contributed to a fail-safe system, designed to keep wayward policymakers in check.

King, who is executive director of the Caribbean Policy Research Institute (CAPRI), explained the rationale for his optimistic outlook.

"Five years ago, a remarkable thing happened. The Government at the time made a commitment to balance its fiscal Budget. At the time, our fiscal deficit was about J$70 billion, equivalent to about seven per cent of GDP (gross domestic product)," he told yesterday's annual motivational seminar of the Jamaica Association of Insurance and Financial Advisors at the Jamaica Conference Centre in downtown Kingston.

"The remarkable thing is that when the accounts for fiscal year 2012-13 were totted up, the Budget balanced. It didn't gradually come down over five or six years, the way governments like to kick that problem down the road. Jamaica went from nearly 50 years of consistent fiscal deficits and a large one the previous year, to balancing its fiscal Budget in one year flat."

King continued: "That was the beginning. Since then we have had the passage of the Fiscal Responsibility legislation. This also binds future governments to avoid getting into the same debt problem that we had in the past. That now limits how much fiscal mismanagement can happen down the road."

The head of the regional policy think tank cited the singular focus of the Bank of Jamaica on inflation targeting in order to maintain a predicted rated of inflation as a game-changer.

"In particular, it's going to ignore the exchange rate. This is an astoundingly good, positive move. It means that this history of inflation that we have where some years it's down seven to eight per cent and some years it goes up. In 1991, we had 90 per cent inflation (and) prices doubled between January and December. That is not going to happen again, because, along with inflation targeting is the constitutional independence of the central bank," said King.

"So even if it suits the Government to inflate an economy, and it very often does, the Government would have no authority and no capacity to influence the central bank's inflation monitoring."