New Consul General to New York to be appointed 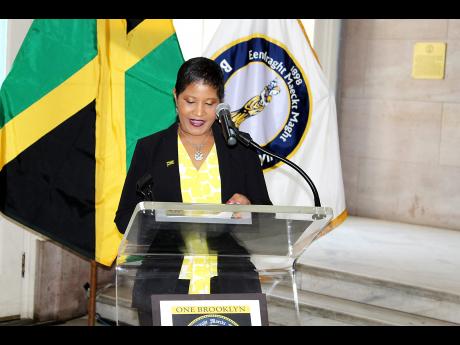 Jamaica will soon have a new consul general to New York, as an official from the foreign affairs ministry has confirmed that Trudy Deans completed her tour of duty on December 31 and the post is now being occupied by Deputy Consul General Lisa Bryan-Smart.

Bryan will act in the position pending the appointment of a replacement.

The ministry official did not disclose the reasons why Deans' contract was not renewed.

Deans, who served as vice-consul and community relations officer at the Jamaican Consulate in New York from 2010-2012, assumed duties as Jamaica's consul general to New York in October 2016.

Less than a year after being named consul general, Deans was appointed vice-president of the Society of Foreign Consuls in New York.

Prior to these appointments, Deans was employed as an administrator at the International Telecommunications Union, a United Nations agency headquartered in Geneva, Switzerland. She also contributed to GraceKennedy's legacy as human resource and training manager at Allied Insurance Brokers Limited from 2002-2010.

In announcing Deans' appointment at the time, Minister of Foreign Affairs and Foreign Trade Kamina Johnson Smith said, "Ms Deans' solid foundation in diaspora engagement, together with her academic achievements and strong leadership and managerial skills, augurs well for this position, which comes with great responsibility."