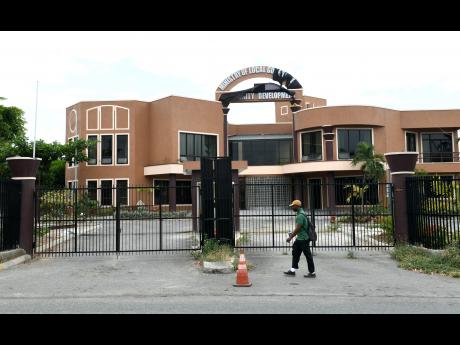 Poor planning and failure to do adequate due diligence have resulted in the public coughing up an additional $30 million for renovation work at the Hagley Park Road, St Andrew, offices of the Ministry of Local Government and Community Development. This caused the cost of the contract to move from $50.66 million to $80.66 million, the Auditor General's Department (AGD) has revealed.

It was cited in the AGD's annual report for 2018 that 15 months after signing a lease agreement for the property, the ministry used what is called the 'Direct Contracting - Emergency' method to engage a contractor on March 15, 2018, to renovate 18 specified areas of the building, or 28,533 square feet, at a cost of $50.6 million. The contract specified that works would commence on March 9, 2018, and end on March 29, 2018, or lasting just 21 calendar days.

As at November 16, 2018, the local government ministry presented evidence confirming variations that led to the $30-million addition to the original contract, which led to the contract costing $80.66 million, the AGD report stated.

It reasoned that one of the variations of $24.2 million represented 47.8 per cent of the original contract sum and included electrical works that the ministry noted were required to rectify increased electrical demand.

"The scope and cost of the variations indicate poor project planning and design as consideration should have been given to the electrical capacity necessary to house the ministry and accommodate its related activities," the auditor general revealed.

In response to concerns raised by the auditor general about the reasonableness of completing the renovation of the 28,533 square feet in 21 days, the local government ministry noted that "when it had entered into the contract on March 15, 2018, while it was appreciated that it was unlikely that all the works would have been executed and all funds disbursed prior to the end of the financial year 2017-2018, we were hopeful that a substantial amount of work would have been completed through a revised schedule facilitated by various arrangements suggested to and accepted by the contractor, including the employment of additional personnel working on weekends and throughout the night."

Auditor General Pamela Monroe Ellis said her department deemed the explanation unacceptable as the provision of the funds was independent of the due diligence required under the procurement guidelines.

NOT OPEN TO ALL REGISTERED CONTRACTORS

Further, the report noted that the ministry only had 12 days, based on the signed date of the contract, within which to execute and settle the contract in the context of the Treasury cut-off date of March 27, 2018. It also stated that up to March 27, 2018, the ministry had only expended $15 million of the allocated funds. Consequently, in keeping with the constitutional requirement, the balance had to be returned to the Consolidated Fund.

The larger portion of the contract sum was paid between April and October 2018, causing the Ministry of Local Government to utilise funds from the 2018-2019 budget period in an attempt to offset the renovation cost.

As a consequence, Monroe Ellis said that the ministry effectively denied itself the assurance of value for money for the renovation of the leased premises as the procurement opportunity was not open to all registered contractors.