Tributes pour in for Troy Caine 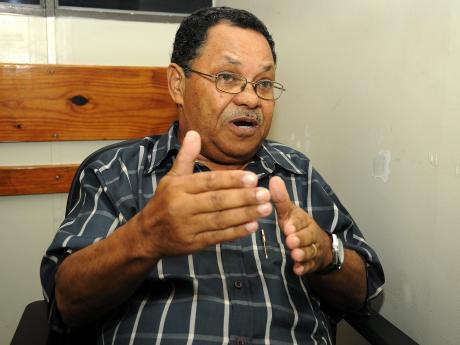 Affable and humble was how Prime Minister Andrew Holness described Troy Caine as he reflected on his life.

Caine, a renowned political historian, public commentator and columnist, passed away on Thursday at age 71.

In a release yesterday, Holness said that Caine's knowledge about Jamaica's political history was exceptional.

"Troy was a reservoir of political historic knowledge. He was able to easily relate information on Jamaica's political history seamlessly and in many cases had his own-first hand anecdotal perspectives. In addition, he distinguished himself in the area of journalism in researching the politics and culture of Jamaica, often appearing in the print and electronic media as a commentator on current and political issues" Holness said.

"Troy was also a very talented man. He was an artist, studio manager and advertising copywriter. He also designed and produced calligraphic citations - this is a special art and Troy did many excellent ones, including that for the late Nelson Mandela when he visited Jamaica in 1991. Jamaica has lost one of its finest citizens who made his contribution to our nation."

In her tribute, Grange reflected on what she described as "invaluable contribution to the National Library" where he also served as member of the finance and poet laureate committees.

"Our work, not only at the National Library but right across the Ministry of Culture, Gender, Entertainment and Sport, benefited tremendously from Troy's analytical mind and his sense of and understanding of history," said Grange.

"Troy was an authority on history, particularly our political history. We relied on him for accurate information on political engagement and he never disappointed. I marvelled at his ability to recall facts and figures and to provide context at a moment's notice. He also made significant contributions in the areas of culture, literature and journalism. Jamaica loses an outstanding son with the passing of Troy Caine.

"I extend sincerest condolences to his family and hope that they will find comfort in knowing that he served his country well through his many contributions."