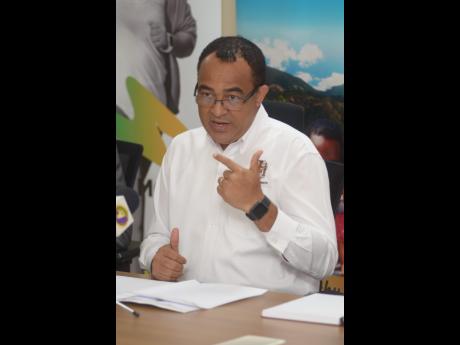 With fresh concerns about the security at public-health facilities following the snatching of babies at the Cornwall Regional and Victoria Jubilee hospitals in less than one week, Minister of Health Dr Christopher Tufton has promised increased focus on this area in the next fiscal year.

According to Tufton, nearly $800 million has been spent by the regional health authorities in the last year on hospital security, but following the abduction of two babies and other security breaches, he believes that the hospitals have not been getting value for money.

He said that increased focus would be given to upgrading security arrangements at hospitals, with a view to using technology to enhance efficiency.

According to data from the Ministry of Health (MOH), more than $450 million was spent by the South East Regional Health Authority (SERHA) for security in the last year. SERHA has responsibility for the Victoria Jubilee Hospital (VJH), where a newborn was abducted last week after his mother left him on the bed to go to the bathroom.

Tufton said that he asked for a security audit in 2017 based on his concerns about security breaches at hospitals and health centres.

"The audit makes several recommendations, but generally confirms the need for a security overhaul, including better coordination with the JCF (Jamaica Constabulary Force), use of electronic monitoring, perimeter fencing, and protocol for access to and exit from sensitive locations," said Tufton.

He added that a team would be appointed to see to the implementation of the recommendations.

"Some of these measures have been implemented, to be honest, because it was specific to a number of hospitals, but others would need more resources in order to support implementation," said Tufton.

In the case of the VJH, an emergency procurement methodology is being used to fast-track a contract for the installation of CCTV cameras at the entrance to all wards and various points on the hospital compound.

"This latest incident has triggered enhanced security response actions at the Victoria Jubilee, including physical and electronic security arrangement," the MOH noted in response to Sunday Gleaner queries.

"To begin with, security procedures at VJH have been beefed up, both in terms of physical security and electronic security. The incident has triggered heightened vigilance at all other health facilities and certainly those with a maternity ward," added the ministry.

All security personnel who were assigned to the VJH at the time when the baby was abducted last week have since been replaced after a letter was sent to the management of the security firm requesting this action.