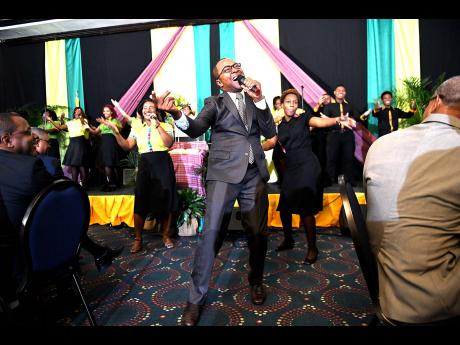 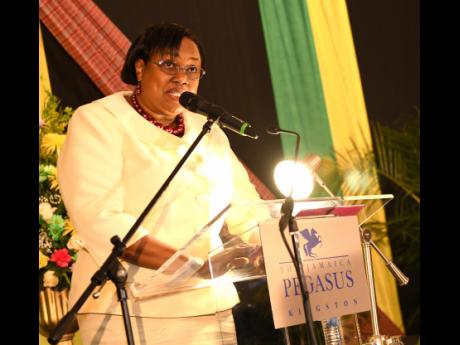 Addressing criticism that the Church is too silent on important issues affecting the country, president of the Jamaica Baptist Union and pastor of the St Ann's Bay Circuit of Baptist Church the Reverend Karen Kirlew said that the notion is the furthest thing from the truth.

"The Church is not silent. The Church is a prophetic voice acting on behalf of the people, and so we are always at the forefront asking for God to do God's work through us as God's agents. We try not to become entangled in the political intonations, and so on, but what we really are about is presenting God to the people, presenting God and God's way, and living as God intended," Kirlew told The Gleaner.

Kirlew, who was the guest speaker at the 39th National Leadership Prayer Breakfast at The Jamaica Pegasus hotel in Kingston yesterday, shared that for 2019, the Church plans to partner more with other agents of the society.

"But it is a measure of our unity as leaders, a unity that is borne by our concern together for the state of the nation, and we believe that there is no other way to do that but to draw on the power of God."

In her address to the audience, which included Governor General Sir Patrick Allen, Prime Minister Andrew Holness, and Leader of the Opposition Dr Peter Phillips, Kirlew encouraged persons to be sincere in the pronouncements that they make and to remain truthful.

"We must keep our word. Our word ought to be able to stand on its own without embellishments, without any frills, without any extras. The creditability and the moral authority of our pronouncements cannot be denied," said the pastor.

Proceeds from this year's staging of the Prayer Breakfast, held under the theme 'I Pledge', will go towards the Peace Management Initiative, Violence Prevention/Safe Schools Monitors Project.