Bunting says US use 'technicalities' to suppress Jamaica's ganja industry 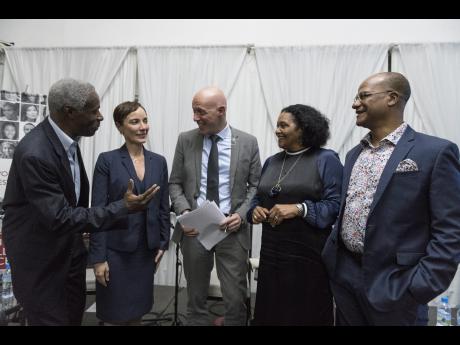 Opposition spokesman on Industry, Commerce and Competitiveness Peter Bunting has described restrictions imposed by outside powers on the development of Jamaica's medicinal marijuana industry as "international economic injustice".

Responding to presenter Jonny Dymond, who asked if Jamaica has "missed the boat" in terms of the development of marijuana for medicinal purposes, Bunting pointed a finger at the United States for using technicalities in its laws to prevent Jamaica from building out the industry.

"The war against drugs that was declared by Richard Nixon in 1972 was fought in countries like Jamaica and countries in Central America. At the time, we were the leaders in terms of the quality of our Jamaican herb. While they were spending millions suppressing our industry, they were developing their industry in Colorado and California. Then we are wondering why it is we have missed the boat."

STILL AT A DISADVANTAGE

Bunting said that Jamaica still remained at a disadvantage. "They continue to suppress efforts here for us to benefit from our history and expertise in marijuana development and keep us out of their market, while benefiting tremendously in their states. It has been unfortunate that we are [located] between the cocaine producers in the south and the markets up north."

When asked if she will be pushing for local cannabis to find a place in the North American market, Foreign Affairs and Foreign Trade Minister Kamina Johnson Smith said "no".

She said that the Government was engaging in efforts to work with other countries to have the scheduled arrangements for marijuana adjusted.

"Cannabis is still recognised as an illegal drug under Schedule One and Four under the relevant United Nations Conventions. That is really the fundamental, complicating factor from an international legal regime. When you add that to banking issues and the fact that we are designated as an international drug trafficking state, it sort of brings issues together that make it very challenging for the Government to allow things to work and develop."