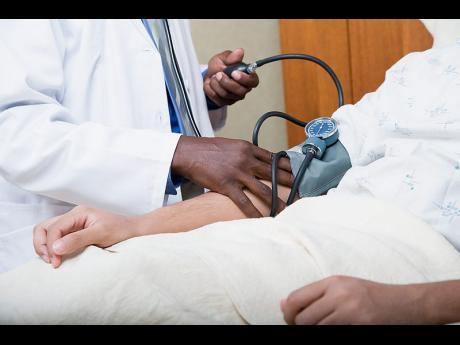 Heart Foundation of Jamaica (HFJ) analysis showing that more than three-quarters of clients have abnormal blood pressure and that nearly 70 per cent are overweight has prompted the organisation to ramp up its sensitisation programmes in the lead-up to the commemoration of Heart Month in February.

Speaking at the launch of Heart Month at Spanish Court Hotel in New Kingston yesterday, Deborah Chen, executive director of the HFJ, said that while the surveys from walk-ins at the organisation’s offices last year were not scientific, there was enough anecdotal evidence that Jamaica was on the cusp of a crisis.

“For blood pressure, only 23 per cent of persons who came to us had normal blood pressure at that time. We sent them to their doctors for the final diagnosis, but in terms of the numbers we got, only that number was normal,” she said.

Chen did not provide the raw aggregate.

“Blood sugar was similar. At the time they did the test, 5.2 per cent were abnormal, and (for) cholesterol, 8.9 per cent were high risk,” she said.

Dr Lindberg Simpson, head of surgery at Kingston Public Hospital, was not surprised by the data. Meanwhile, the general and laparoscopic surgeon warned against persons waiting until pressure levels reached boiling point.

“They call it (blood pressure) the silent killer, and quite often we have patients who are not manifesting symptoms, but when you check their blood pressure, it is elevated much more than what is normal,” he said.

“Not enough attention is being paid to it because there is a misconception, generally speaking, that if the head is not hurting or if they are not dizzy, then they are not hypertensive. However, usually when you start having the symptoms is when it is not just high but sky high, and we don’t want to wait till it gets to those danger levels,” he told The Gleaner.

Simpson said though elevated blood pressure is usually common among the elderly, he explained that job stress and sedentary living were causing younger persons to become high-risk patients. Simpson noted, too, that people are generally unaware of their health status and instead wait for crisis situations to emerge.

“Oftentimes persons come in for surgery or consultation, and when you check the pressure, it is elevated. Some persons just don’t know. Even in the public system, a person might come in for a hernia operation, for example, and then when you admit them and do the checks, that is when they find out,” he said.

In the meantime, Chen emphasised that persons should monitor their weight, as that is an indicator of risk for lifestyle-related diseases.

“For body mass index, we are really not doing too well at all. Approximately 28.9 per cent of persons who weighed with us had normal weight. We have a lot of problems in this area. We have challenges with our portable scale breaking sometimes with the weight of the patients,” she said.