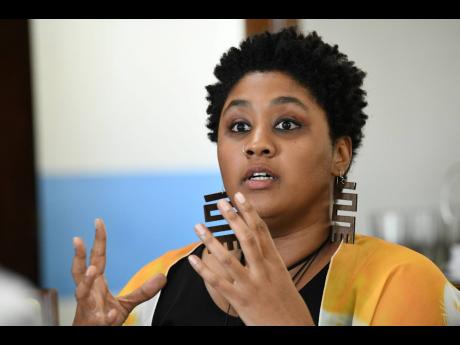 Recently concluded research has found that opportunities for the rehabilitation of Jamaicans perceived to be gay, bisexual or transgender is basically non-existent in Jamaica’s penal institutions, as these individuals are isolated.

The research, which was conducted between April and November 2018 by university lecturer Carla Moore, found that the movement of these individuals is severely curtailed and access to resources often limited.

According to her study, about 300 of the 1,800 prisoners at the Tower Street Adult Correctional Centre belong to sexual or gender minorities.

She found that lesbians are treated differently in prisons and generally in society.

“Lesbians have a different experience from gay men. The thing that lesbians have to deal with that we often overlook is corrective rape, because it is quite prevalent in Jamaica, where people think if you rape a lesbian, you turn her straight,” she said.

Moore currently lectures in the Department of Gender and Development Studies at the University of the West Indies Western Campus and had conducted the study as a part of a research project being undertaken in several countries in Latin America and the Caribbean.

After interviewing the heads of 20 organisations that employ, advocate for, and create policies that impact the lesbian, gay, bisexual and transgender community, Moore found that these individuals continue to experience human-rights violations. However, Jamaicans have become more tolerant of members of the community.

“There was a time when it was absolutely impossible for LGBT people to feel that they could exist. Now people are having greater degrees of acceptance,” she said.

“We recognise that the critical interventions that have been made by the LGBT organisations, the human rights, and just generally, I think people being more willing to be open to people who are not like them is paying off,” she said.