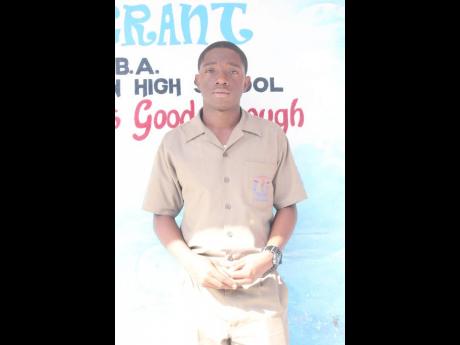 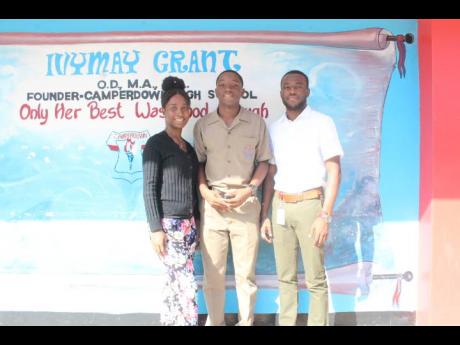 Fifteen-year-old Camperdown High School student Theo KnightTomlinson has taken the next step to monetise his passion with the birth of his company, Knight’s Production.

Launched four months ago, when he was 14 , his business specialises in photography and videography.

Currently in third form, Theo, who currently employs six persons, said he has always been interested in business and decided to marry this love with his hobby of photography.

“I started the business out of passion. From when I was small, I have had an eye for pictures, so I started taking pictures. Then it moved from just fun to a hobby. Now, it’s my profession,” he said.

Theo added that he is driven by Chronixx’s song Likes, particularly the chorus, “Me dweet fi di love, mi nuh dweet fi di likes.” Thus, it is not surprising that his business strategy revolves around ensuring quality service and customer satisfaction.

Theo said that despite his love for photography, launching his business wasn’t easy, as he had bouts of nervousness, especially when standing in front of persons.

He told The Gleaner: “It was my media team back at church that helped me to get over this fear. Each week, they would put me around the camera to video the programme for the live stream ... . I just said to myself, ‘It is your world, you have to rock it. No one else can do this for you.’”

He has his eyes set on taking photos of world renown and high international standards, a journey he has also begun.

“In December of 2018, I was granted the opportunity to go work in Australia with the National Geographic team because of a photo competition I entered earlier in the year,” he revealed.

Taken in Harbour View, his award-winning photo also earned him the national title for the competition and provided further motivation.

Advising budding entrepreneurs to “always prepare to expect the unexpected”, Theo said being friendly, easy-going and calm has enabled his success so far.

In addition, his mother, Georgia Tomlinson, has also been a tower of strength. He said that her words of wisdom echo throughout every challenge, especially her quote, “Son, the sky is not the limit; you are a guy born without limitations.”

Theo extends this belief to the extracurricular activities in which he participates. He is a member of Camperdown’s Debating Society, and volleyball and track and field teams. He also serves students as a co-opted member of the National Secondary Students’ Council.

The teen said that taking a structured approach to his school life and extracurricular activities is paramount to his success.

“I plan a to-do list every morning, so I know what I have to do and I set a time in which it is to be done,” he remarks.

The advice he has for other students with ambitious goals? “Deny the naysayers. Go for what you want and do not let anyone set your limit. There are no limitations in life. Just achieve your dream the right way, and most importantly, seek God first, because without Him, man is nothing.”