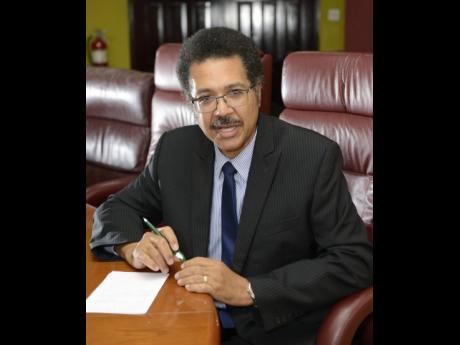 Administrators at the University of Technology (UTech), Jamaica have agitated for the Government to hike its subvention by 136 per cent to almost $5 billion to cover the salaries of faculty.

UTech is now awaiting the results of a staff-verification exercise by the Ministry of Finance, which the institution hopes will press home its need for an increase in the subvention provided annually by the Government.

The report should be made available to the institution on Monday.

“If we get that, we hope that it will relate to some kind of assurance that the money - the subvention to UTtech - will increase to go along with the acknowledgement of the correctness of the numbers. If we get more money, we can pay the staff the 80 per cent,” UTech President Stephen Vasciannie said in an interview with The Gleaner.

Vasciannie said that UTech receives a subvention of approximately $2.1 billion annually, which is predicated on a staff establishment of 608 members. He said the university is requesting that the subvention be increased from the current $2.1 billion to $4.97 billion to reflect the current staff complement of 1,440.

On Wednesday, students and staff of the Papine-based institution launched a massive protest at the entrance to the university’s campus criticising the Government for what they described as the chronic underfunding when compared to other tertiary institutions. This was prompted by the revelation that the neighbouring University of the West Indies (UWI) would receive an additional $963 millon in subvention for the current fiscal year.

The protesters forced the Government to call an urgent meeting with the university’s management and UTech Academic Staff Union (UTASU) to discuss the salary adjustment for lecturers, which they want to be up to 80 per cent of what their counterparts receive at The UWI, and motor vehicle concessions.

In the meantime, Education Minister Ruel Reid said that the funding strategy for tertiary institutions will have to be revisited, especially based on how they operate.

“Once you now have fees being charged as public bodies, you really have these agencies operating as executive agencies,” the senator said. “So I’ve articulated, I’ve said at Cabinet, I’ve said to the UTech, as far as my understanding is, you’d eventually have to include all revenues of the entity as public funds and you use all revenues to pay your established staff.

“So you can come to the Ministry of Education and the Ministry of Finance and we approve an establishment, but it doesn’t mean that the funding has to come from the Consolidated Fund. The funding is to come from all the revenues generated by the university or any other public body because all of these funds become public funds,” Reid said.