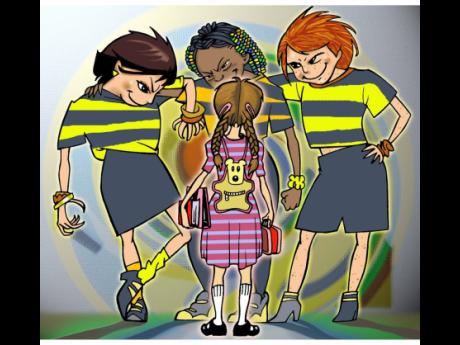 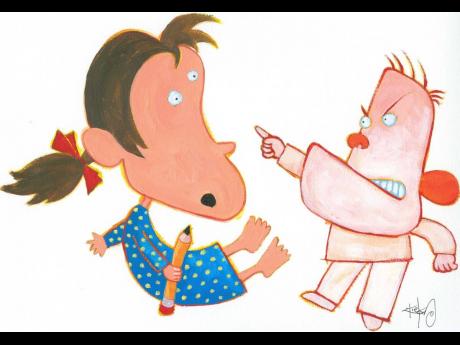 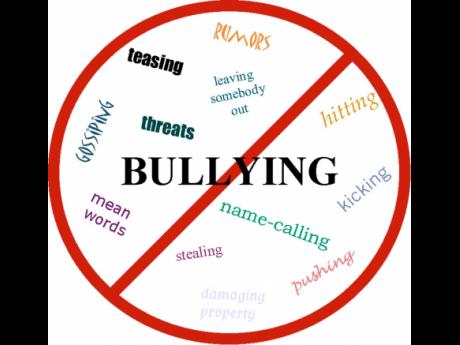 There are growing concerns that Jamaican school administrators are not doing enough to stem bullying within their walls, as dozens of parents whose children have been targeted say they are left helpless and confused.

Parents have complained of their children being taunted, teased and even gang-beaten at primary schools. And one parent said her daughter tried to take her life by ingesting 51 tablets to escape being bullied about scoliosis.

Tales of terror were told at an anti-bullying sensitisation workshop staged by the Child Protection and Family Services Agency (CPFSA) last Wednesday and Thursday, reinforcing a 2015 UNICEF study showing that while 75 per cent of bullied students report it to school authorities, only 34 per cent found that this made any difference to their ordeal.

The study is the main document driving an anti-bully action plan and sensitisation campaign being spearheaded by the Government.

“Let’s start with the teachers in the classroom; they need to recognise the signs of a child that is not okay. Usually, there are rumours. Once they pick up on that, they need to speak to the child or take the child to the guidance counsellor,” argued Geneva Robinson, whose seven-year-old daughter was bullied and gang-beaten at a Kingston primary school.

“The bullying most times occurs in the classrooms, and I think a lot of it is overlooked by the teacher who is present. Until teachers get more responsive to what these children are going through … , children will always be at risk in our school,” continued Robinson, who described her daughter as shy and soft-spoken.

She said that for months she cried herself to sleep as her child suffered from depressing mood swings and a constant fear of going to school. She also wet her bed, even as she kept her ordeal from her parents.

“At the time, all of that escaped me. ... I didn’t know. Neither did I know how to respond even when I found out,” said Robinson, adding that she reported the bullying to school administrators, who failed to act.

“I was angry, but the overriding emotion was helplessness. How do I protect my children, as there seems to be no recourse from the administration of these schools?” she fumed.

“You move them (child) from one school, and then they go into another environment and it is the same bullying situation,” she said, noting that the bullying continued even after she moved her daughter to another primary school.

Then minister of state in the Ministry of Education, Floyd Green, launched the anti-bullying campaign in November last year against a backdrop of rising reports in schools.

Last week, Natalee Ferguson, planning and development manager at the CPFSA, said school authorities are among the main targets of the campaign. Teachers, Ferguson said, are sometimes blamed for allowing bullying, as they remain silent about incidents.

“We have been sensitising the partners involved and we also train teachers, guidance counsellors and so on to detect bullying and know how to treat with it,” explained Ferguson, adding that there were caregivers from at least 27 ministries and agencies at the workshop.

Stephanie Samuels, whose two children have been bullied at a high-ranking preparatory school in St Andrew, said her seven-year-old daughter went through hell at the school, and now her younger brother is facing the same fate in grade five there.

“When she was in grade two, there was a class that she had to pass, and for some reason, the children there would pick on her, tease her, jeering her until the entire class started doing it to her,” she said. The child would try to avoid going to school and hide while waiting to be picked up by her parents.

She said it was her daughter’s friend who told her about the bullying, and that she received no satisfactory response after reporting the incidents to school authorities.

“It is a helpless, painful feeling because we all want our children to be vibrant and excited about life, and when you realise that someone, just one other person, can affect your child so badly … I can’t describe it any other way than helpless,” she continued, adding that her young son is affected worse by the bulling than his sister.

According to the UNICEF study, nine out of 10 students have seen a child being bullied at school, and six in 10 students say they have been bullied at some point in their lives.

The children listed the most common types of bullying as: being teased and called names, being physically abused, having lies told on them, and being excluded and ignored.