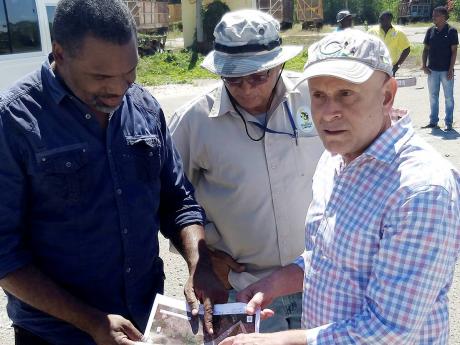 Transforming the approximately 4,600 acres of cane lands at Bernard Lodge in St Catherine into a brand-new city with a host of social and civic amenities will take developers 18 years, according to the project’s urban planner, Martin Addington.

It is a vision that appears to be gathering steam, with the Government now looking to divest lands on which once grew cane for sugar production, but which is now being earmarked for the elaborate new city.

“Within the next five years, the full-scale development should begin,” Addington told The Gleaner during a media-sensitisation tour last Friday. “The full build-out of the 4,600 acres could take somewhere between seven to 10 years. It is safe to say that we should have this new city within two decades.”

Officially titled the Greater Bernard Lodge Master Development Plan, the project aims to absorb some of the congestion from the busy streets of Kingston, Portmore and Spanish Town and re-energise industry and commerce in central Jamaica with new jobs.

“Several schools are planned for construction under this likely project, one university, a hospital, a police station and, of course, a fire station,” the project manager said. “In other words, residents will be able to live, work, shop and have recreation in one space, which will eliminate traffic and other attendant issues other established towns face across the country.”

With a concept master plan accepted, the engineers are now working out the detailed designs for infrastructure, he said.

“Everything is still in the planning process, but we are also proposing to have several multi-storey car parks around this new city centre for the possibility of adopting a park-and-ride. The idea is to have enough facilities so that people would drive there and take the mass transit into Kingston,” the planner noted.

He also disclosed that the project team was exploring alternatives such as desalination plants to help address water-supply concerns. Explaining the process, Addington said that each development would be divided into blocks and go to tender individually, with private developers having an opportunity to design and build.

“This is not airy-fairy talk at all. This is a real plan, and a real city is to be constructed here,” said Addington, upbeat. “In fact, some development has occurred already. Before the master plan, some lands were already divested and one private developer, Gore, had purchased for the construction of the Phoenix Park Estates.

“The sugar holdings had some agreement years ago before this administration to divest some lands to private developers in order to address some of the issues they were having, so this is one of the major issues, as the lands were not properly utilised,” he said.

Of the 4,600-acre development, approximately 2,000 acres will remain under cultivation. And Addington told of big plans for the Bernard Lodge city becoming a transport hub.

“What is being proposed is a mixed-use development. ... We are looking at utilising the train line connecting Spanish Town through downtown Kingston for mass transit. We could convert the train route into a roadway dedicated to mass transit, either buses or light rail – an electric tram system,” Addington added.