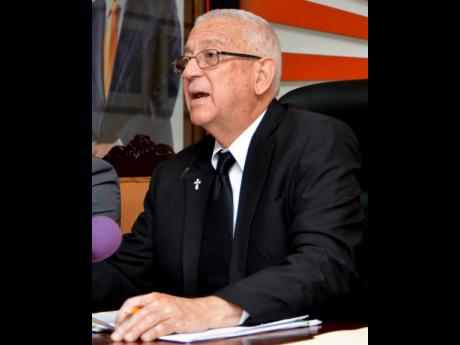 With the 2019-2020 Budget Debate on the horizon, the People’s National Party (PNP) is mounting an early attack on the Estimates of Expenditure for the upcoming fiscal year, starting with the allocation to the Ministry of Education, Youth and Information.

Ronald Thwaites, opposition spokesman on education, said the nominal increase for the 2019-2020 financial year is disappointing.

“There is two per cent only rise in the education and training budget for this year. That means when you factor inflation, we are going to have less money to spend than we did last year, and that is unacceptable,” Thwaites said.

The shadow minister was speaking yesterday at a press conference held at the PNP headquarters in St Andrew to discuss issues affecting the education sector.

According to Thwaites, the money allocated to the ministry falls short of what is needed to support the advancement of the sector.

“A hundred and two billion dollars [this financial year] – I’m rounding figures – and for this coming year, it’s $106 billion. And then when you look forward, as the budget analysis helpfully does, for the future, you’re looking at seven per cent increases – only just equal to anticipated inflation for years 2020 right through to 2023,” Thwaites said.

There was also no increase in the amount the Government plans to spend on capital projects.

“The revised estimates for capital improvements in education last year was $1.7 billion. In this year’s estimates, it’s down to one and a quarter-billion dollars. And inexplicably, for the next year, it goes down to $192 million only and in ’22-23, it goes down to $40 million only. We cannot explain that, and we oppose it. The education system needs capital improvement,” Thwaites said.

The former education minister also criticised the Government for not allocating more money to fund early childhood education, despite it being identified as an area that needs more attention.

“There is no increase of money to match the rhetoric. ... Last financial year, the estimates were $3.5 billion for early childhood. This time, it’s $3.3 or $3.38 billion a nominal decline. How do you explain that when we all know that the secret to better results – to more adjusted young people – lies in the early childhood area?”

The Budget Debate will start on March 7 when Finance Minister Dr Nigel Clarke will make his presentation.