PEP in their step! 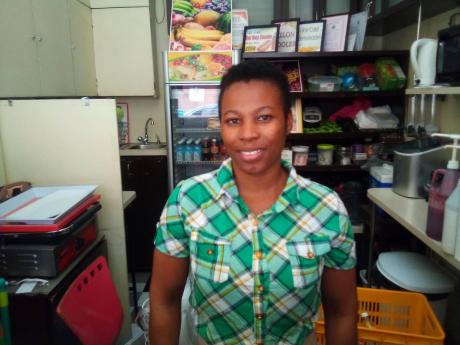 Photo by Christopher Thomas
Fallan Cunningham is confident that her 11-year-old daughter will ace the PEP exam. 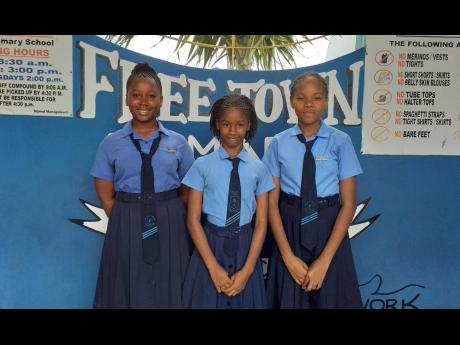 Andrea Shakespeare, whose daughter Danielle, a student of Marlie Mount Primary in Old Harbour, St Catherine, will be among those sitting the exam, expressed confidence in her doing well. However, she admitted to still having “butterflies” about the exam.

“I have ensured that she is prepared by signing her up to extra classes. She has classes on Saturdays, as well as Sundays, and I have been encouraging her. I am confident that she will do her best,” she said.

Fallan Cunningham, who has an 11-year-old daughter at a St James-based school, is also upbeat about her child’s prospects.

“For me, my daughter is smart, and she knows how to think, when to think, and what to think. She might not do 100 per cent, but in my view, she will do well.

“In the beginning, she said, ‘Mummy, PEP is hard’, and I told her to relate herself to whatever questions they put on the paper, and I even prayed for her at church,” Cunningham said.

President of the National Parent-Teacher Association of Jamaica, Lennon Richards, believes that notwithstanding the early concerns, the students have been adequately prepared.

“I visited two schools today in St Ann. I was at Golden Grove Primary, and the feedback I got from teachers re parents were that parents are ready. A little bit of anxiety still exists among them, and this is only natural because of the newness of the exam,” Richards told The Gleaner yesterday.

Meanwhile, the People’s National Party (PNP) has offered encouragement and support to students who will sit the examination.

“We want to invite you to be calm and resolute and do your very best. Think carefully before you answer your papers, your questions, but follow the instructions and do your very best,” Ronald Thwaites, shadow education minister, said at a People’s National Party press briefing on Monday. “We encourage parents not to panic or to overreact to children’s nervousness. We ask them to be supportive of their children to make sure that they have something healthy to eat before they go to the examinations,” he added.

This advice will likely reassure Winsome Witter, guardian to Alecia Tracey, who said she was pretty relaxed about her niece’s chances.

“She received all the necessary tools to do well and I am quite pleased with her progress to date. They have morning classes, extra lessons and this morning they had a destress session for the group to help them relax ahead of tomorrow,” she said of Alecia, who attends Foundation Preparatory in May Pen.

Sidney Wilson, 12, of Free Town Primary in Clarendon, expressed confidence about today’s exam, as she said she worked hard over the year and her teachers have been helpful. Wilson is already looking forward to the next two exams.