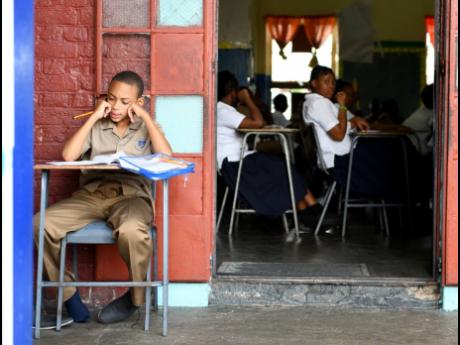 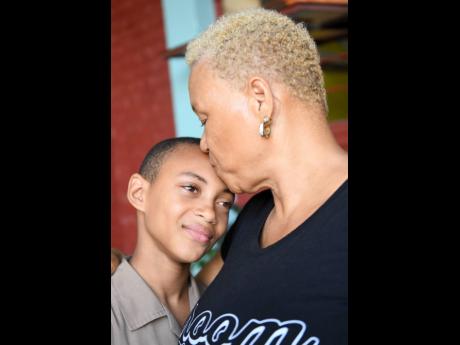 When Errol Simpson Jr did battle in the first-ever sitting of the Primary Exit Profile (PEP) exam yesterday, he had already passed his toughest test – braving spells of vomiting, pain and a high temperature with a steely will that even dengue fever couldn’t bend.

Errol, 11, though suffering from bouts of nausea, was allowed to have his desk placed outside his classroom for fresh air as he sat the ability test component of PEP, the revamped high-school entrance exam that replaced the Grade Six Achievement Test, at St Aloysius Primary School in downtown Kingston.

“My head was hurting me badly, and I had to stop the test and take a good rest and get up back and start fighting to finish my test,” said Errol, who hopes to be placed at St George’s College.

After feeling ill for several days, Errol had to be rushed to Bustamante Hospital for Children on Sunday when his condition got worse. At that time, he was convinced that he would not be able to sit the exam, having also missed out on last-minute preparations. However, he said he is proud of pressing ahead despite dengue.

“This is the reason why I’m here. Although I’m feeling sick, I’m fighting the pain, and I really wanted to do this test,” Errol told The Gleaner.

His mother, Phillipa Channer-Simpson, and father, Errol Simpson Sr, were also doubtful of their son’s chances of outlasting the exam. His mother stayed at the school throughout the examination yesterday, just in case he was unable to complete it and had to be taken home.

“I was worried that he wouldn’t get to do it, and even yesterday (Monday), he was still feeling weak. He woke up this morning (Tuesday) at 5 and said he wanted to do it. I asked if he was sure, and he said yes,” Channer-Simpson said, explaining how she plied him with Pedialyte and water to keep him hydrated while he roasted with fever.

Executive director of performing arts group, The Ashe Company, Conroy Wilson, who Errol lists as his mentor, said he is like a son to him, as the youngster is involved in theatre and training with the group. They are also members of The Universal Centre of Truth for Better Living church.

“The combination of all of those kinds of positive values between church and school, I believe, is what helps to keep him motivated and keeps him focused.

“I was concerned when I heard he was sick; he didn’t get to come to church on Sunday, and I was concerned that he wasn’t going to get to do the exam, but he went and did it, and I am so proud of that decision, and it speaks to the fact that he is determined, he is a great kid, he has a lot of potential,” said Wilson.