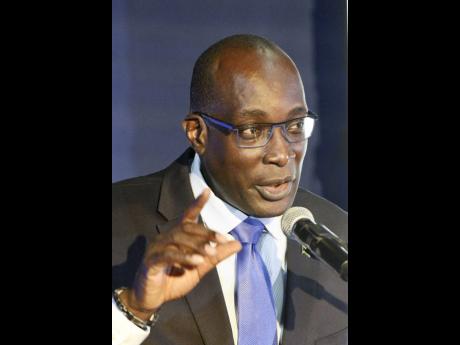 Education Minister Ruel Reid has referred a proposed code of conduct for educators and boards to the National Council on Education (NCE) for review, following public outrage over some of the clauses.

According to Reid, there is currently no regulation or guideline as it relates to teachers, principals and members of school board engaging in political activity. He said that this is an area that needed to be clarified with respect to conflicts of interest and the use of public property for political engagement.

But one proposed clause in the concept paper has drawn public criticism because it has been viewed as a check on free speech.

“Teachers or principals who are politically active are restricted from criticising the programmes and policies of the Ministry of Education in any media, including social media, unless it is in the context of a public meeting of the teachers’ union or any other such non-political forum,” it says.

The Opposition People’s National Party (PNP) has rejected the policy as a muzzle.

“We cannot afford any sort of situation in Jamaica that shuts down people from thinking and speaking and speaking honestly, speaking truth to power. I [would] not, and the party never would, encourage anyone to make remarks that are defamatory or disparage and, of course, the party, I believe, would continuously tell people to regulate themselves,” chairman of the PNP’s Education and Training Re-imagined Commission Elaine Foster-Allen said in a press conference on Monday.

The NCE is a statutory body that was formed to address a wide range of issues affecting the education process in a non-partisan and strategic way.