Brigade under fire - Board ignores warnings of promotion breaches, corruption 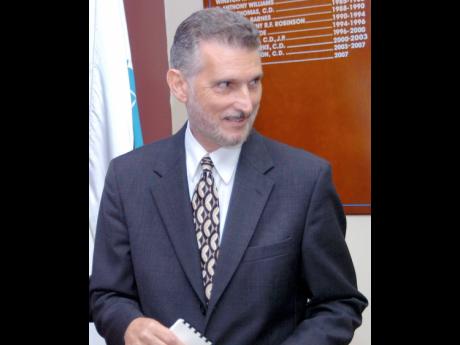 Despite warnings that two appointments by the Jamaica Fire Brigade (JFB) board in 2016 breached several public-service stipulations and could be “construed as favouritism and/or nepotism”, that advice was ignored and one of the promoted persons was elevated even further up the ladder.

Then Director of Human Resource Management and Development (HRMD) Valerie Cookhorne had raised concerns about the promotion of Elva Lynch from assistant corporate planner/executive assistant to corporate planner, and Sandra Davis, previously the recording secretary, to Lynch’s former post.

In a letter sent to acting commissioner of the fire brigade, Raymond Spencer, on December 14, 2016, Cookhorne wrote: “I am to advise you that the promotion and acting assignment of the individuals constitute a breach of the Staff Orders for the Public Service (2004), as well as the Terms and Conditions of Employment for Civilian Staff. It has raised many red flags and is injurious to the industrial harmony currently enjoyed by the Jamaica Fire Brigade.”

Terming the saga “a dangerous precedent”, Cookhorne, in a point-by-point demolition of the appointment process, flagged the non-staging of interviews as extraordinary and inimical to good governance. “By circumventing the process, interviews were not held, case study and presentations were not done, all were tools that would have been utilised to select the better candidate for the position; hence promotion through competition was not duly conducted.”

The HR director even advised that exceptional circumstances allowing for a waiver of some stipulations were not satisfied according to the strictures in Section 1.8 of Staff Orders for the Public Service (2004).

Cookhorne said that the promotions breached sections 1.5, 1.7. and 1.16 of the Terms and Conditions of Employment for Civilian Staff. She also pointed out that an applicant who was on maternity leave was discriminated against in not being allowed an interview. Lynch was also jumped to the sixth point of the SEG 2 salary scale that gave her a salary of more than $2 million.

When Cookhorne retired in 2018, Lynch was promoted to act in her place even while not qualifying for her substantive job.

Even in the face of mounting allegations of impropriety and corruption, Russell Hadeed, chairman of the Jamaica Fire Brigade board of directors, dismissed the outrage as “petty office intrigue”. He added that calls will continue to be made to The Sunday Gleaner because “there’s office politics going on”.

Cookhorne’s concern about industrial disharmony was true to prophecy as The Sunday Gleaner has learnt that there has been disquiet among staff that Lynch may have been a beneficiary of nepotism and that she may have also hired family members.

When The Sunday Gleaner contacted the acting director of HRMD, she said that questions about her qualifications should be directed to the board.

“Whenever a post is advertised anywhere, it’s and/or. This is a uniformed body, and if the firefighters applied for a post, it might say bachelor’s in so-and-so, and/or certification in X courses, etc,” said the acting director of HRMD. However, the advertisement, of which The Sunday Gleaner has obtained a copy of, shows that there is no such option.

When asked about the qualifications she lacked for the human resource management leadership, Lynch replied, “I have not finished,” and the line went dead. Efforts to contact her afterwards proved futile.

The acting HRMD has an associate degree, but the post mandates, according to Cookhorne’s missive, “a postgraduate degree, which is a master’s degree in management, strategic planning, public policy, public administration, or any other closely related field, as well as three years of experience at the technical/professional level”.

However, before hanging up, Lynch denied nepotism, asserting that she had not employed any relative, but admitted that her son and brother worked within the organisation.

“I don’t have any niece or sister-in-law that works here, but I have relatives, I have cousins; they didn’t come through me. A number of persons that work here are related to other persons, so it’s not unique to me.

“It is a tradition. My father was a fireman; he left here as an officer. I had an uncle who was also here as an officer. I have a brother who is on the job; that is long time. Remember that I just took up this position in March,” added Lynch. “My son also works here and he has been here since 2012, so I couldn’t have employed him because I was never in HR,” said the acting director of HRMD.

When The Sunday Gleaner contacted Hadeed in January, he said someone had been interviewed and would be taking up the HRMD position shortly. But up to Friday, Lynch was still in the post.

“The person that was selected is highly qualified, I understand. They are supposed to meet sometime early next week and I think there was some issue in regard to where the person lived and they would have to relocate to Kingston,” Hadeed had said more than a month ago.

General secretary of the Jamaica Association of Local Government Officers, Helene Davis Whyte, said her union was informed that the post would be filled permanently in three months. Almost a year later, Lynch still acts in the post in contravention of public-service regulations.

“Our problem is, you cannot put somebody to act in a position who has neither knowledge, qualification nor experience, because what it really amounts to is that that person is learning on the job, and in an organisation like the Jamaica Fire Brigade, which has approximately 2,000 workers spread across the island, what you need is a capable person as the HR head,” said Davis Whyte.

O’Neil Grant, president of the Jamaica Civil Service Association, who represents the administrative staff, which includes persons working in HR, said all the Auditor General’s Department, the Offices of the Services Commission, and the Ministry of Finance and the Public Service should be alerted to what he sees as gross maladministration – and, perhaps, worse.

“This is a massive breach and the persons who would have presided over it, they would have conducted a gross act of professional misconduct, so it could be cited as corruption or negligence, depending on how much they really want to go in and stir up that particular ants’ nest.

“But this is a significant breach, where you breach protocols to hire somebody who doesn’t have the minimum qualifications, and based on the examination of it, persons could, in fact, lose their jobs if they were that negligent in the execution of their functions,” said Grant.