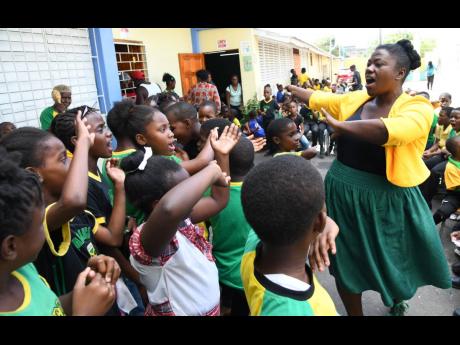 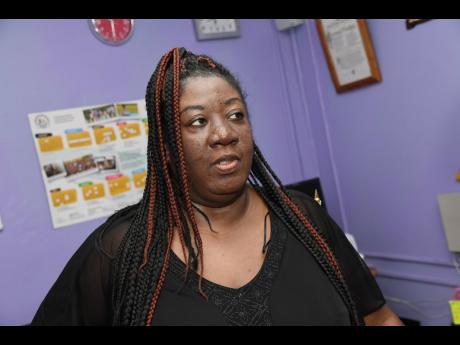 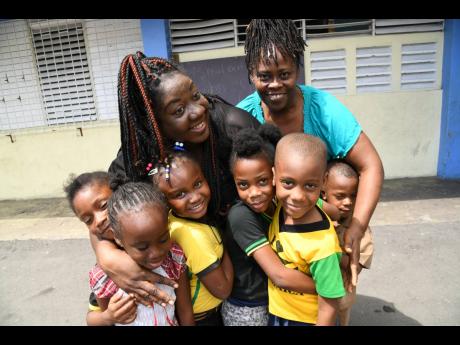 Nestled beside the intimidating Tower Street Adult Correctional facility and several volatile communities in central Kingston, St Michael’s Primary School has for years been stigmatised as a failing institution.

In the last five years, however, despite frightening prison flare-ups – the sounds from which at times can be heard in the schoolyard – a rash of shootings, and even the murder of a man last week, teachers and parents say the school is on the rise.

“It is really a safe place for the students. The parents will come here and tell you,” said principal Juliet Campbell McPherson during the school’s Jamaica Day celebrations last Friday. “The only sad part is that many of them have to go back into their communities where there is all the negativity.”

Students from all grades were assigned Jamaica Day-themed projects, participating as famous Jamaican artistes and other dignitaries, while dressed in the national colours, and cheered on by their teachers, classmates and parents.

The festivities were also in celebration of the school’s increased enrolment, which is just shy of 300 students – a grand feat considering that the school for decades was under threat of closure because of underpopulation, and the crippling impact of crime.

“Our school went down to about 93 students and was on the brink of closure, but after the rebranding, we climbed to 117, then to 163, then to 203 … . We are now at 279 students,” continued the principal, noting that any school with enrolment numbers below 250 is considered struggling.

“It means that we are offering something that has attracted parents, and that parents have started to have more confidence and trust in us with their children’s education. It means that St Michael’s is a safe haven, and as you can see, the compound is clean and our students are fed properly,” said McPherson, adding that authorities have only recently renovated and started using classrooms on the once-abandoned upper floors of the school.

Two days before Friday’s celebration at St Michael’s, however, residents on nearby Fleet Street found themselves scampering for cover as a carload of gunmen ambushed 43-year-old Claude Crestle as he played ludo near his home and peppered him with bullets.

The incident left residents of the community extremely tense last Thursday, and caused some parents to question their children’s safety at the school. On Friday, Tower Street, which leads to the school’s main entrance, was still tense as residents went about their business under the scrutiny of police patrols.

Last week, head of the Kingston East Police Division, Victor Hamilton, said the police have been hosting a series of meetings in the area to quell an upsurge of gang violence within ‘Southside’ and surrounding communities. This, he said, is imperative as the police cannot allow the community to deteriorate to its former realities, when sections of the downtown business district were left crippled by gun violence.

Investigators could not say, however, whether anyone has been arrested in connection with Crestle’s killing.

Last Friday, except for sporadic gunfire by warders at the prison next door, parents said the students were relatively safe inside the school compound, which has been extensively renovated.

“It doesn’t really affect us here at the school because even if something happen in the night, it usually quiets down by the morning,” offered one teacher at the school, noting that some parents prefer to send their children to school when the community is tense as opposed to let them stay home.

“I feel real good and happy to know that the school is progressing. I have two children attending here and the school has been growing over the years,” said Crystal Lewis, a parent. “Right now, a little violence is in the place, but the police and soldiers kinda have it under control.

“It doesn’t really affect the school because the gunmen in the community respect the children and the school. So they won’t bring it on the school compound. They know who they are looking for and who they want,” she continued.