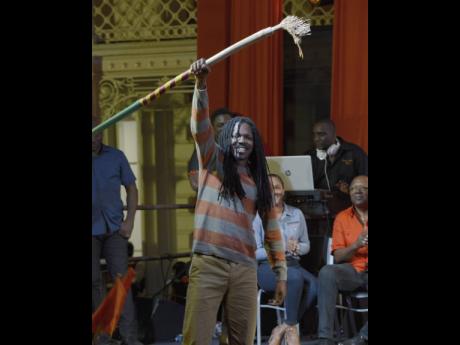 Convinced that East Portland will again vote along party lines, the People’s National Party (PNP) is confident of victory in the March 25 by-election.

PNP Vice-President Mikael Phillips, who spoke to The Gleaner yesterday hours before a PNP campaign rally in Port Antonio, said the party has no reason to fear that Damion Crawford will not emerge the victor from the battle with the Jamaica Labour Party’s Ann-Marie Vaz, wife of West Portland Member of Parliament Daryl Vaz.

He also noted that the political climate in the constituency has been stable.

“There is no hostility here in East Portland that I can speak of at this time, “said Phillips.

He added: “Although we have gotten reports from some of our outside people, who we have brought in to work on the ground, that there have been attempts to intimidate them in the [Rio Grande] Valley. Other than that, it is peaceful between Labourites and Comrades.”

Phillips is happy with the campaign by both sides thus far, which has been relatively peaceful, and says the voters are already indicating that Crawford will lead the party home to retain the seat it has held for the past 30 years.

“We have a new and vibrant candidate in Damion Crawford, who is more than prepared and is competent enough to transform this constituency. We are not bothered by the presence of [Daryl] Vaz ... . As far as I am concerned, [Daryl] Vaz is a non-entity. The young people, who were somewhat undecided, have now joined hands with us in making this election sure,” Phillips added.

One PNP supporter, who gave his name as Raymond ‘Fire Lantern’ Barrett, told The Gleaner confidently: “It nuh really matter wah a gwaan, East Portland will remain PNP. Crawford will win and PNP will run this forever,” he commented.

The East Portland seat became vacant following the murder of MP Lynvale Bloomfield at his Passley Gardens home on February 2.