Ready to fight - Crawford tells supporters he is fighting a class war, could make it to Jamaica House 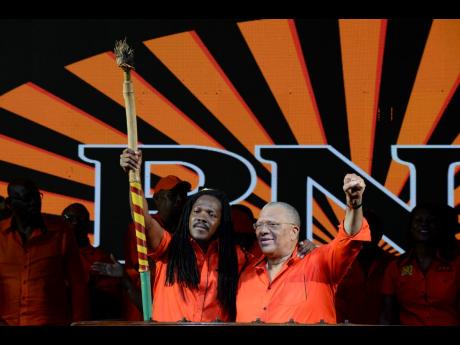 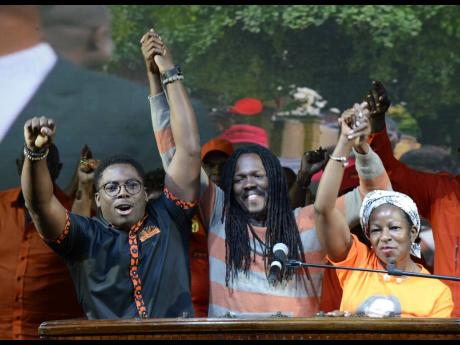 Damion Crawford, the People’s National Party’s (PNP) prospective candidate for the March 25 East Portland by-election, has declared that he is fighting a class war with Jamaica Labour Party (JLP) standard-bearer Ann-Marie Vaz and will prove he does not have to trim to win.

Crawford told Comrades that the by-election was a fight against “the system and history”.

“East Portland people say they want tourism. I have a [bachelor’s] degree in tourism, I have a master’s in tourism, I lecture tourism, and yet still because of her class and her colour, some people say this lady is more qualified than me,” Crawford said at a rally last night in Port Antonio, Portland, as he went on the offensive against those who, he said, have questioned his competence to represent the constituency.

Crawford, a PNP vice-president, made it clear to Comrades in a fiery 30 minutes speech that he was in it for the long haul, although he admitted that he hesitated in taking up the challenge.

“So when dem a seh me soon gone, it is a lie, because the west already have a prime minister and it is now time for the east.

Crawford told supporters that he is the aspirant with the plan that could elevate the constituency.

Among those he listed was a special project to boost tourism in Portland.

“I am going to link up people that I have met that have big festivals in Europe like Reggae Sun Ska in France and say, we want you to keep a real Reggae Sun Ska in the real home of reggae right here in East Portland,” the MP aspirant said.

He also told Comrades that he wanted to promote education for youth and to offer a scholarship to the first child of every household who got accepted to university.

He expressed confidence that his plans were feasible, insisting that his challenger could not outperform him.

“This lady said that she is Action Ann and yet don’t have a plan. Action without plan is failure. How come a lady with three helper a walk and a tek of clothes off a line a seh she a Action Ann? She is ‘Acting Ann’. Therefore, it is no surprise that big money popping everywhere dem go because the scamma dem deh ya,” Crawford said.

Meanwhile, a senior member of the PNP has warned voters of East Portland that monies allegedly stolen from several state agencies will be used to influence the by-election.

The warning has come from Central Manchester MP Peter Bunting, who urged Comrades not to be tricked by the spending spree.

“Me want unnu to look out for the big trousers man. Those who ate the US$1,000 topsy-turvy cake going to come here and offer East Portlanders the crumbs from the cake,” Bunting charged.

The Petroleum Corporation of Jamaica, the Universal Service Fund (USF) and the National Energy Solutions (NESol) were some of the scandal-hit agencies Bunting mentioned as he took on the JLP over election spending.

Both Vaz and Crawford are expected to be formally nominated as candidates for their respective parties on Friday.

In the meantime, Andrea Moore, the woman who was overlooked by the PNP to run on the party’s ticket, is making it clear that she will be reporting for duty to help the party retain the seat.

Moore, a two-time aspirant for the seat, was sidestepped by the PNP for reasons undisclosed.

But making her first public speech since the PNP revealed that she would not be the party’s candidate, Moore said the JLP had been counting on disunity in the party over the decision.

“This election is the most important in the last 10 years,” Moore, who wore a headwrap, told the Comrades last night, adding that voters should not allow the Vazes to take root in East Portland.

“Can you imagine the audacity that one man is trying to run two seats in the parish of Portland?” she questioned, referring to Vaz’s husband, Daryl, MP of West Portland.

Moore told Comrades that the legacy of former MP Dr Lynvale Bloomfield, whose death resulted in the by-election, must be protected.

Bloomfield was killed at his home in the parish last month. One man has been charged for his killing.