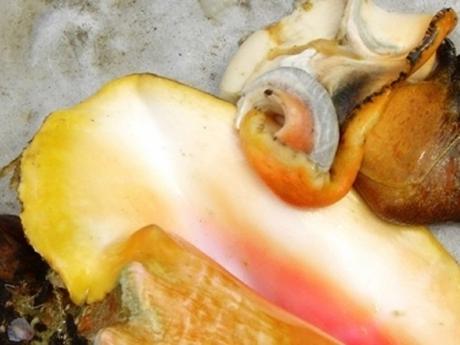 Officers from the Fisheries Division will return to the Coast Guard base at Cagway, Port Royal, this morning, to continue their inventory of conch, lobster, fin fish and other marine products aboard the two Dominican Republic boats caught poaching off the Pedro Banks by the Jamaica Defence Force on Saturday morning.

“They’re going back tomorrow (today) because it’s a whole lot of work. I have been out there and it’s not easy, because they have to take time to inspect, measure and document,” director of fisheries in the Ministry of Industry, Commerce, Agriculture and Fisheries, André Kong, told The Gleaner.

He explained that the estimate of the conch catch had been upgraded from the 15,000 pounds first reported to 25,000 pounds and the volume of fin fish is even much more. This is in addition to lobster.

In fact, other aspects of the multi-agency collaboration necessitated by the capture of the two boats and 57 fishermen from the Dominican Republic have been delayed as a result of the huge illegal catch.

“We haven’t done anything yet because I asked Mr Kong to get the products to B&D Trawling (downtown Kingston) and it’s at that facility we will do the (public health) inspection,” Director of Veterinary Public Health Dr Linette Peters told The Gleaner.

“He said he wouldn’t be able to have it here until after Ash Wednesday (today) because of the quantity that is there (and) it will take a whole day or so to get the transfer done.”

The public health team will do a physical examination of the catch as well and “possibly take some samples for microbiology and for residue,” the consultant veterinarian further explained.

After a determination by public health scientists as to whether the seafood catch was fit for human consumption, a decision will be made as to whether it should be sold or disposed.

Meanwhile, the 57 poachers have been detained aboard their two boats at Cagway, where they are in the custody of Coast Guard personnel, and members of the Marine Police have begun questioning them.