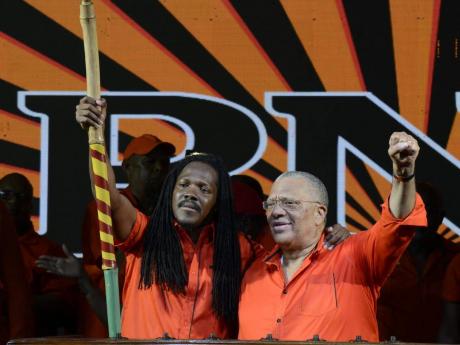 In a statement today, the JLP said Crawford's statement was condescending, inflammatory, classist, racist and sexist.

The JLP said Crawford’s suggestion that Vaz will not progress further than Mrs Vaz was a demeaning attack on a committed Jamaican with significant potential to contribute to national development and the well-being of the people of Portland eastern.

"It is noteworthy that on International Women’s Day there is yet to be an apology issued by Crawford," said a JLP spokesperson in a statement today.

The statement further said the JLP rejects as unbecoming and shameful subsequent attempts by Crawford; PNP deputy general secretary; Basil Waite and Chief of Staff in the Opposition Leader’s Office, Imani Duncan Price, to "spin" Crawford’s comments in a bid to downplay their insolent and vile nature.

Meanwhile, JLP General Secretary Dr Horace Chang said Crawford’s comments may be in breach of the political code of conduct which forbids inflammatory and discriminatory remarks on the political platform.

"Crawford’s vile remarks have no place in any 21st century society and should not be tolerated. Crawford’s move to suggest that, Mrs Vaz, who is a humble and capable woman who has come from humble beginnings in rural St Elizabeth, is being given favourable treatment because of her class, is disgraceful, desperate and untrue".