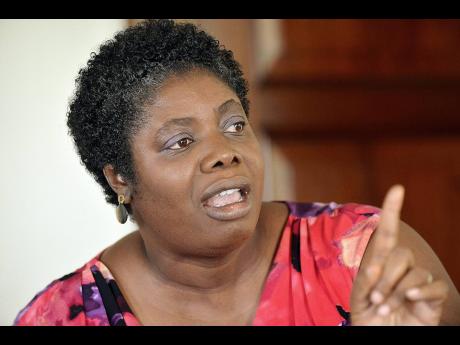 Jamaican lawmakers have been urged to review the nearly 40-year-old Employment (Equal Pay for Men and Women) Act amid growing unease about the disparity in salaries along gender lines.

An International Labour Organization report titled ‘A Quantum Leap for Gender Equality’ published on Thursday, the eve of International Women’s Day, cited that women, globally, are paid an average of 20 per cent lower wages than men, a finding that is troubling to Jamaican gender-rights advocate Nadeen Spence.

“I think they need to revisit the equal pay legislation. It needs, perhaps, to be upgraded,” she told The Gleaner on Thursday. “I sense that it’s just not on the agenda of our lawmakers. It really has no policy directive, and I really don’t know of any one ministry with responsibility for it.”

Spence argues that the law, while conceptually strong, lacked teeth and power in preventing discrimination against women even if they performed at equal standards to their male counterparts. She expressed frustration with the persisting wage gap.

“We have not put in a policy or any kind of action having enacted the law. The fact of the matter is that here in Jamaica, there are many progressive laws, but we don’t have the attendant policy of systems to make sure the laws are a reality. So even though we have had this piece of legislation since 1975, we don’t have the political will behind it,” Spence said.

The gender lobbyist said that it was a major concern that men were routinely paid more than women even though in some cases, women may have a higher level of qualification and experience.

“It is true that even if a male employee and his female counterpart start the same job, she is asked to start at the lower pay scale and will most likely take a longer time to get to the top than her male counterpart.

“The truth of it is that women will take longer to finish that scale, so men will progress faster and move out of that scale. So because of that, it is what I think is averse to equality in the fight for equal pay for both genders, even in Jamaica, even in Government,” Spence said.

According to the ILO, gender pay gaps derive from a number of factors, including lower returns on women’s education.

The report further stated that “other factors such as occupational segregation and the gender composition of the workforce significantly influence the gender pay gap”.

Audrey Hinchcliffe, founder and CEO of janitorial powerhouse Manpower & Maintenance Services Limited, has called for a national conference to review the issue and for stakeholders to make recommendations “to bridge the gap”.

“In my line of business, both men and women get the same pay. And yes, there is a pay scale, but the business which I lead makes sure that people get paid for the job they do and not because of their gender,” she said.

Hinchcliffe noted that a policy of equal pay must be anchored in sound economic development, where the value of work takes precedence over personality and sex.

“The important thing is that in spite of gender, as a country, business leaders must start rewarding value for the work done as against what gender does the particular job,” said Hinchcliffe.

While there are no widely held data on gender wage disparity in Jamaica, the 2017 edition of the Economic and Social Survey of Jamaica indicates that women are disproportionately represented in the labour force.