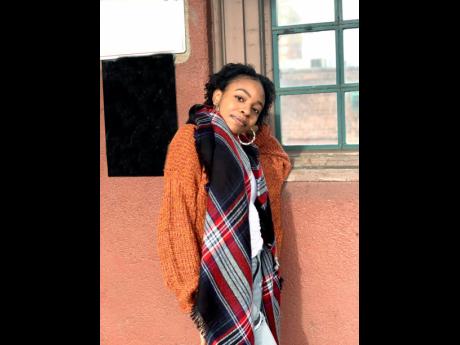 Contributed
Davina Scott, who has received a scholarship for Howard University.

Nineteen-year-old Davina Scott overcame poverty in her native Jamaica and the embarrassment of not being able to read and write to rise to become one of 10 students who have received a New York Times College Scholarship.

The scholarships, which are financed by reader donations and an endowment fund, have helped hundreds of students afford tuition at top-tier universities across the United States (US) since their launch.

In an interview with The Gleaner yesterday, Scott explained the challenge of assimilating into American culture when she migrated there to live with her grandmother after her mom died of kidney failure.

“When I came here, I didn’t know how to read or write, because I never went to school in Jamaica because it was too expensive and because we were paying our mother’s medical bills at the time, but after she died, I came here (America),” Scott said.

She arrived in the US when she was seven years old and found the transition to living there very difficult – “a lot of people think it’s easy when you come here” – especially the inconvenience of squeezing 11 family members into one house, she recounted.

According to Scott, she was at a “distinct disadvantage” when she started attending school in New York.

“That was very hard because people would make fun of it, trying to understand why I was much older than the rest of children, yet I was placed in the same class with them. It was my grandmother who actually taught me how to read, because I was having a hard time in school.

“I was placed in [remedial] classes to teach me English – actually, speech therapy. It was extremely hard on me mentally because I was put back two grades,” she said.

That intervention transformed her life, lighting the flame of a voracious appetite for books and setting the foundation for her academic rise.

Launched in 1999, the programme is designed to reward New York City high-school students who have achieved academic excellence while overcoming hardship or other difficult circumstances. Recipients receive four-year scholarships, as well as mentoring and internship opportunities at The New York Times Company.

“I just couldn’t believe it; I was thinking about this scholarship for weeks after the interview. I needed this scholarship,” she told The Gleaner. “So when I was told I got it, I was like, ‘Yes, everything paid off’. It was a great moment of unbelief but a special feeling nonetheless,” she said.

She has been accepted to Howard University and wants to study political science and criminal justice. The scholarship is valued at US$15,000.

Davina’s father, Dave Scott, was ecstatic about his daughter’s achievement.

“Coming from deep ghetto, it shows that once you get out and you make it to a place like America, you don’t have to get involved in gunrunning or drug smuggling to make it, but once you buckle down and work hard, you can make it,” he told The Gleaner yesterday, while crediting Davina’s aunt, Sophia Scott, for being a stand-in mother during her childhood.

Her advice to persons born in poverty is to never allow their address to affect their altitude.

“I just want to stop the cycle because it’s just too much pain,” said Scott, who grew up on Gem Road in the violence-plagued St Andrew community of Maxfield Park before moving to Queens, where she lives now.

“I never had a lot, so I always wanted more. It was my drive. So I would tell everyone not to stay down when you are knocked to the floor; get up and go after your dreams,” Scott added.