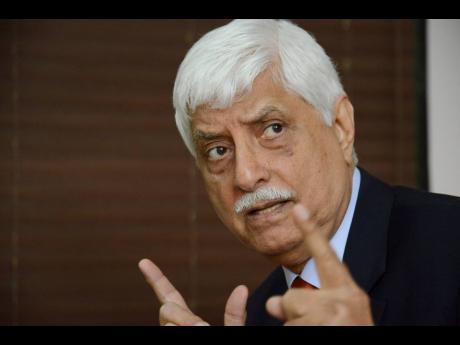 Although almost twice as many people agree with the Andrew Holness-led administration’s compulsory acquisition of the shares in the Petrojam oil refinery, Zia Mian, former director general of the Office of Utilities (OUR) and Gleaner columnist, says they are misguided.

“I believe so because there is misinformation. The misinformation is that people think that the refinery is very important for the country, but, in reality, it’s not that important,” Mian said yesterday.

He was speaking to The Gleaner yesterday after the results of the latest RJRGleaner Group-commissioned Don Anderson poll were made public.

The poll found that 45 per cent of Jamaicans agree with the Government’s decision to take back Venezuela’s 49 per cent share in the state-owned oil refinery, Petrojam.

The former OUR executive asserted that the Government should not have expropriated the Petrojam shares without knowing the future of the oil refinery.

The poll also revealed that 47 per cent of people surveyed do not believe that the state-owned oil refinery should be privatised while 30 per cent say it should be.

Mian said that he supports the privatisation of the oil refinery, but under one condition.

“The first question is, what do we mean by Petrojam? If it is the refinery, that should be shut down. If it is a terminal, then it should be privatised.

Last month, it was revealed that the Jamaican Government is exploring the possibility of shutting down Petrojam’s refinery and operating as an import terminal if the ageing state-owned entity fails to upgrade its infrastructure.

“I agree with that position. I think they should shut down the refinery, import the products, and privatise the terminus,” Mian said.