Crawford targets youth, Vaz says ‘I am a worker’ 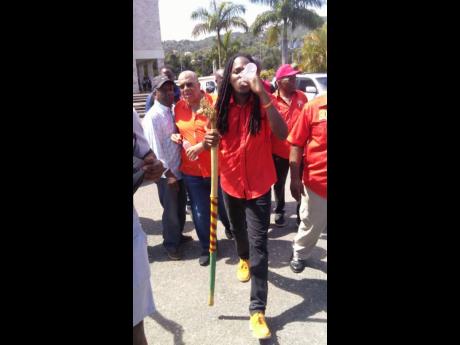 Gareth Davis Snr
People's National Party's candidate Damion Crawford (centre) having a drink of bottled water on the outside of the nomination centre, while party leader Dr. Peter Phillips (2nd left) looks on. 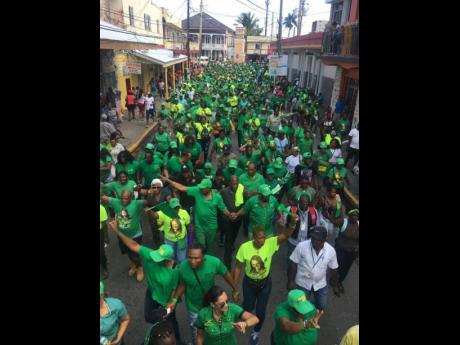 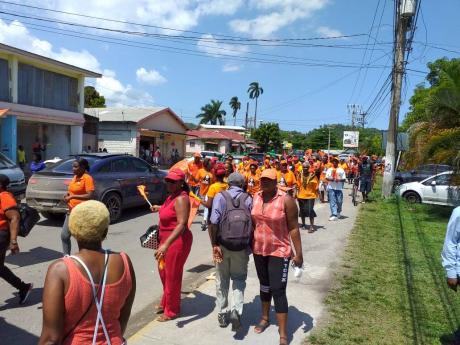 Gareth Davis Snr
Comrades gathering along Folly Road in Portland for the long march to the nomination centre yesterday. 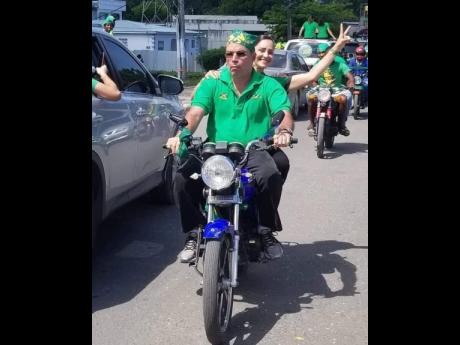 People’s National Party (PNP) candidate for Portland East, Damion Crawford, has revealed that while older voters in the constituency have remained loyal over the years, it’s the younger generation who are now gravitating to his message of progress.

Crawford, who was officially nominated yesterday as the PNP’s candidate in the upcoming April 4 by-election, where he will square off with the Jamaica Labour Party’s (JLP) Ann-Marie Vaz, said that he is encouraged by the show of support from the people on the ground.

He added: “Once you don’t have a message or a plan, then anyone who is well thinking will want more. And they (the people) are starting to want more. I think we have a very mixed demographic, and lots of women and children are happy with us. At the end of the day, we are trying to get out our voters.”

Yesterday, PNP supporters and party officials, led by their president, Peter Phillips, marched from Folly Oval to the nomination centre, some two miles away, from as early as 9:30 a.m.

But while Crawford led a throng of party supporters, Daryl Vaz was seen earlier driving a motorbike with his wife as a pillion.

“This turnout is overwhelming, and I must say thank you to everyone who witnessed my nomination,” said Ann-Marie Vaz to the massive turnout of Labourites.

“I have every intention and I am committed to transforming the lives of every resident in East Portland. I am a worker, not a talker, and since I have decided to yield to the request and cries of the people, I have learned of their challenges.”

The JLP candidate reiterated that she planned to restore the basic infrastructure in the constituency.

The April 4 by-election was called by Prime Minister Andrew Holness after the brutal slaying of the incumbent, Dr Lynvale Bloomfield, at his Passley Gardens home on February 2.