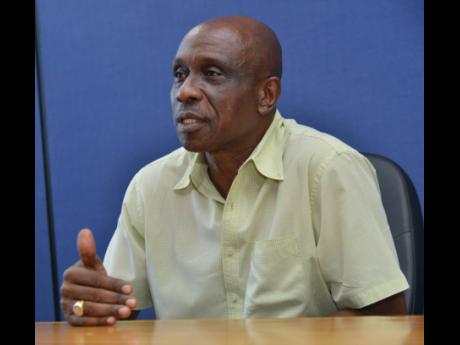 Fisher, in an interview with The Sunday Gleaner, said there were several similarities between Jamaica’s electoral process and Nigeria’s, including continuous registration, political party registration, and campaign finance regulations. The former elections boss, who was a member of the Commonwealth’s elite team of four observers, said that there were marked differences in the voter-verification process.

“If you don’t have a voter’s card, you cannot vote. When you are registered, you get a temporary card. You are required to vote where you are registered. But a vote is transferable on relocation of the elector if so requested. They have continuous registration, and that’s a similarity, and they also have the process of removal of the dead from the list (purging),” Fisher told The Sunday Gleaner.

He explained that Nigeria’s version of Jamaica’s electronic voter identification and ballot issuing system was what Jamaica should be looking to for all elections.

“They have electronic card readers to verify the validity of the voter’s card. If the card is not authenticated, it’s over for you. Then you use your fingerprint for verification to show that the person carrying the card and fingerprints presented are one and the same,” said Fisher.

“Every elector is verified by a hand-held device that is connected to the election’s systems computer. The device has enough battery life for the period of the election and can be used for nothing else except to verify the elector’s card,” he told The Sunday Gleaner.

He said that the authenticated card was key to the process because while there may be difficulties with the fingerprint, the individual was able to vote if other information, including photographs, matched.

“One of the limiting factors for our system is that we have a fairly antiquated system, where we have a laptop computer hooked up to a printer, which does an authentication of the ballot and is attached to a fingerprint reader. What they have is a hand-held device with adequate battery life. The device is outfitted only with the names of individuals registered to vote in that locale,” he explained.

The former elections boss said that increased digitisation of Jamaica’s voting system would make it less reliant on personnel and technical support.

“Our technicians have to carry a bag on their shoulder with the fingerprint reader, laptop, spare batteries, all of which depends on reliability of the power supply,” Fisher explained.

“The device they (the Nigerians) have will last for the entire period and beyond, taking into consideration that voting may go beyond the period. … Each presiding officer in every polling station in Nigeria has one of the devices, and it’s programmed to operate within the voting hours. The same should be applicable for Jamaica,” he said.

Fisher, who was in Nigeria as part of a Commonwealth team of election observers, said that the logistical scale of coverage in Africa’s most populous nation, with more than 200 million people, was remarkable.

“Nigerians speak of their elections as free, fair, and credible. We in Jamaica say free and fair. One of the most distinct differences is the size of the country. They have more than 200 million people and a voters’ list of 80 million. The logistics are huge, and that’s where the challenges are. Interestingly, though, you must have a permanent voting card in order to vote,” Fisher told The Sunday Gleaner.

He said that there were 90 political parties, and elections were held over one day for the president, the House of Assembly, and the Senate, a difference he highlighted between Jamaica and that country. Jamaica does not elect senators. A week later, local government elections are held for the equivalent of councillors. More than 70 candidates were in the race for president.

“When they go to vote in the first elections, they are given three ballots and they are colour-coded. One ballot is for the president, another for the House of Assembly, and one for the Senate. The symbols of the parties become very important because it would take a long time to look for names,” he explained.

Nigeria, a largely Muslim country, had to choose between two Islamic candidates, a change from the previous election where the choice was between a Christian and a Muslim.

Goodluck Jonathan was the outgoing president. The Independent Nigerian Electoral Commission names the date for the elections, unlike Jamaica, where the prime minister does, Fisher said.

Fisher has worked on missions for the Caribbean Community, the Organisation of American States, and the International Federation of Election Systems.