Illness might have driven bishop to sexual harassment – Dufour 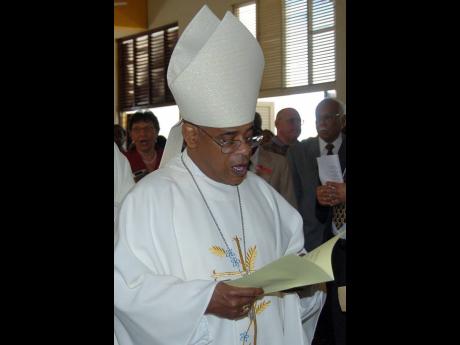 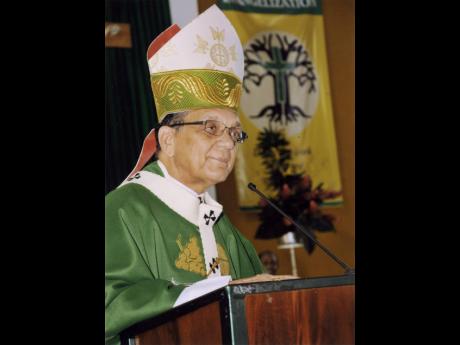 The banning from priestly ministry of former Bishop of Mandeville Gordon Bennett for sexual harassment has come as a shocker for the local Catholic Church, but Archbishop Emeritus of Kingston, the Reverend Charles Dufour, has questioned whether ill-health might have contributed to his actions.

“We are grieved that a man we knew to be a good man apparently is alleged to have engaged in such behaviour. Having known that his character had been deeply affected by his depression and stroke, one wonders how much this contributed to his actions,” Dufour said in a statement to the press released on Saturday afternoon.

According to a story carried in The Associated Press on Monday, Bennett served in Baltimore from 1998 until 2004, when he was appointed Bishop of Mandeville in Jamaica. He resigned in August 2006, a few months after the archdiocese learnt of an allegation of his sexual harassment of a young adult in Jamaica.

But Dufour said he was told at the time that Bishop Bennett’s resignation was due to ill-health.

“I learned – like everybody else when Archbishop Lori of Baltimore released his statement – that there were also other reasons linked to his departure: that of an unfortunate alleged case of sexual harassment of an adult,” he said.

“As the former Archbishop of Kingston and Bishop of Montego Bay and as the present apostolic administrator of Mandeville, I can only state how saddened and shocked we all are at learning of this event, which was reported to have taken place 13 years ago,” Reverend Dufour stated.

Bennett’s case was reported to the Apostolic Nunciature in Washington prior to his resignation in 2006, but although he was cleared of the sexual harassment allegation in 2009, his case was re-examined last year, and the Congregation for Bishops in Rome recently determined that he should not exercise episcopal ministry.

“In July 2006, I was told by the Apostolic Nuncio to Jamaica at the time, the Most Rev Thomas Gullickson, that Bishop Gordon Bennett was resigning for health reasons. Indeed, the bishop had been battling depression and the residue of a stroke, which had affected him deeply in many ways,” said Dufour.

“I was away off the island when Bishop Bennett left Jamaica at the beginning of August 2006. I dealt with his sudden departure as any pastor would do, trying to help the people of Mandeville adjust to his sudden retirement. Even if people in the inner circle of the diocese knew that he did not seem well, none of us had any idea that there were other motivating factors in his departure,” he said.

Dufour was appointed administrator of the Diocese of Mandeville by the Pope immediately after Bishop Bennett resigned.

“I take time to reiterate that the Catholic Church does not tolerate such acts with adults, but we remain hopeful in the face of human failure,” he said, while asking for prayer for the victim, who was a native of Baltimore, as well as Bennett.

Bennett has become the second Catholic official with Jamaican connections to become embroiled in a sex scandal since the start of the year. Leading member of Ending Clergy Abuse, 57-year-old Denise Buchanan, has accused Father Paul Collier of raping and impregnating her while growing up in Jamaica. She was 17 years old at the time.

Collier, according to Archbishop Kingston, the Most Rev Kenneth Richards, has confirmed having sex with Buchanan but said it was consensual.