Disarm them! - FLA to carry out major revocation of gun licences out west 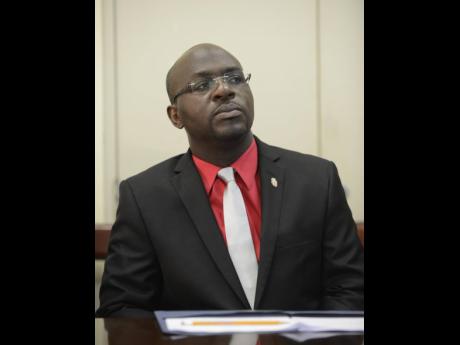 Several licensed firearm holders in western Jamaica could lose their guns in short order as the Firearm Licensing Authority (FLA) is not satisfied, based on alleged flaws in their character and other disqualifying factors, that they meet the criteria to enjoy such a privilege.

The decision, which will impact several small business operators with questionable backgrounds and at least one popular politician, was taken in the aftermath of a high-level meeting between the top brass of the FLA and the police hierarchy in Area One, where concerns were raised about the character and background of some persons with licensed firearms.

“The FLA’s top brass met with the Police High Command in western Jamaica over last weekend and very serious concerns were raised about some persons with licensed firearms who are said to be involved in illegitimate activities,” said Shane Dalling, chief executive officer (CEO) of the FLA.

“We are not taking the issue lightly, so a decision has been taken to immediately revoke some gun licences,while others are being reviewed and similar actions could be taken,” added Dalling, who did not have the information at hand to support unconfirmed reports that as many as 200 persons could be affected.

According to Dalling, in the recent past, the FLA’s operations were compromised by unscrupulous persons who facilitated persons with criminal antecedents to acquire gun licences, raising concerns about the integrity of the organisation.

“We have found that some persons of questionable character, to include lottery scammers, persons involved in drug running and even deportees, have ended up with gun licences,” said Dalling. “We intend to revoke all those gun licences, which were secured under questionable circumstances.

“In addition to those we have already revoked, we are now gathering intelligence on other persons, to include some so-called business persons, who are in possession of large amounts of money that they cannot properly account for,” said Dalling. “Once there is evidence of any criminal involvement, the gun licences will be revoked.”

In explaining the relevant law that gives the FLA the power of revocation of gun licences, Dalling pointed to Section 36 of the FLA Act, which states: ‘Revocation of licences, certificates, and permits – cases 36. (1) Subject to Section 37, the Authority may revoke any licence, certificate or permit if – cases (a) the Authority is satisfied that the holder thereof is of intemperate habits or of unsound mind, or is otherwise unfit to be entrusted with such a firearm or ammunition as may be mentioned in the licence, certificate or permit ... .’

The decision by the FLA to relieve unscrupulous persons of legal firearms has left Superintendent Vernon Ellis, the commanding officer for St James, very happy, and he believes such a move would emerge as a critical tool in the war against crime in the western parish, which has been described as the nation’s crime capital in recent years.

“This is a most welcome development, as it will not only level the playing field but restore integrity to the system,” said Ellis. “You can’t have persons of questionable integrity with guns and ammunition. Unscrupulous persons could be giving ammunition to criminals, which could be very dangerous,” said Ellis. “Sometimes you go to crime scenes and you see brand-new spent shells and you can’t help but wonder about the source of these bullets.”

“This is a very good move, and based on some of the persons who will be impacted in terms of revocation, I am sure it will help us in our efforts to make St James safe and secure for law-abiding citizens,” Ellis added.