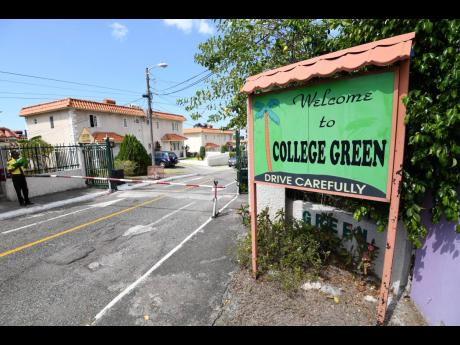 Ricardo Makyn
The entrance to College Green in St Andrew. 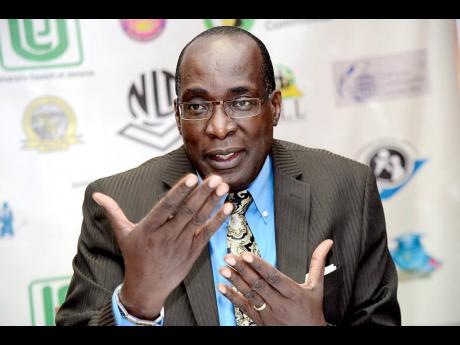 Sleuths from the Counter Terrorism and Organised Crime Branch (C-TOC) and the Financial Investigations Division yesterday turned up at a premises on College Green Avenue, St Andrew, in search of information crucial to their probe of sacked senator and education minister, Ruel Reid.

The property is reportedly owned by Jamaica College and is assigned to principals of the school during their tenure.

Though the sight of a police operation sparked concerns from residents of the community, Michael Bernard, chairman of the Jamaica College board, said he had no information about it.

“I have absolutely no knowledge of it. You are telling me about it now,” said Bernard, who briskly ended the telephone conversation.

However, the Corporate Communications Unit (CCU) of the Jamaica Constabulary Force yesterday issued a terse statement indicating that an investigation was currently being carried out “into reported irregularities at the Ministry of Education, Youth and Information and some of its agencies”.

The CCU promised more information would follow but did not indicate a timeline.

Reid was forced to tender his resignation as a minister of government last Wednesday following allegations of corruption involving the Caribbean Maritime University (CMU), National Education Trust and the HEART Trust/NTA, which fall under the education ministry.

Among the issues under the microscope, government insiders said, is a $5.5-million contract reportedly signed by former parliamentarian Othneil Lawrence, to serve as an adviser to Dr Fritz Pinnock, president of CMU.

Earlier in the day, Bailey declined to confirm whether Reid had been asked to meet with the police for an interview.

However, there was no sight of him at C-TOC’s headquarters downtown or at a function put on by Jamaica College old boys at the Hope Road-based school in the morning.

There, past students openly questioned his ability to contribute to the institution if he should return as principal.

“Mr Reid said he had no problem with the prime minister’s request for his resignation because he knows that he is guilty of nothing, and he is willing to step back and allow the investigation to proceed, so it sounds like he feels he has nothing to hide,” said one old boy.