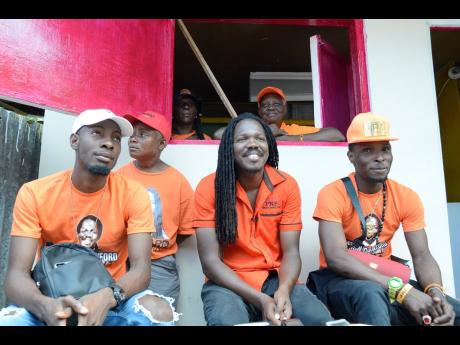 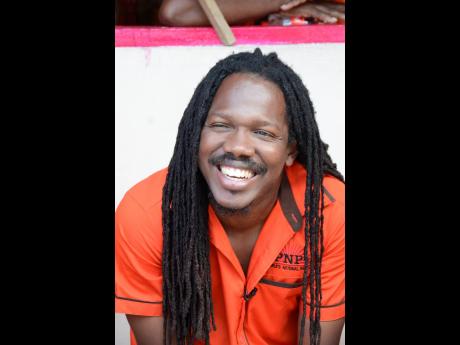 Damion Crawford, the charismatic People’s National Party’s (PNP) candidate in Portland Eastern, said he will not be buying truckloads of fast food to feed his constituents because he respects them too much.

Instead, he is selling something – self-reliance.

The dreadlocked Crawford is scouring the constituency in a blurry blitz of meetings and greetings in a whirlwind one-month campaign to face a political opponent, Ann-Marie Vaz, who has been on the ground for more than a year.

The April 4 by-election was called because of the February 2 murder of the incumbent, Dr Lynvale Bloomfield.

Crawford’s offer of goats for rearing to students as a pathway to self-sustenance has been ridiculed by supporters of the Jamaica Labour Party (JLP). Crawford, a PNP vice-president, is unmoved.

That is part of the paradigm shift he said he wants to bring to the constituency.

“There is a perpetuation of poverty and it passes from grandparents to grandchildren. That’s the situation they face because we pass on the mindset of dependence. When I just came, people were saying they want to work instead of saying they want to earn. They can earn through wages, which is a work, or you can earn through profit, which is a business,” Crawford said philosophically.

He arrived at the nomination centre on March 15 carrying a rod handed to him by a Rastafarian supporter 12 days earlier, reminiscent of the ‘rod of correction’ of the charismatic Michael Manley, who would have died when Crawford was a teenager.

Crawford could have been a student of the self-reliance philosophies of Manley, and former African leaders, Dr Agostinho Neto, Amilcar Cabral and Dr Julius Nyerere. He believes that there is a concerted effort to devalue poor people, and he wants to be their Abraham Maslow of self-actualisation.

“Everybody that I see wealthy, they own something. Everybody that I see broke, they work for someone. So when we say we giving a seventh-grader a goat, we want to maintain that mindset that he can become an entrepreneur. He can nurture his entity, his business, and it grows into something. That mindset change is fundamental for me,” said the businessman and lecturer.

Crawford said he was an example of entrepreneurship with his liquid egg business, and now an employer.

His philosophy is simple, that the people have the power of progress in their hands.

While not blind to the issues such as poor road infrastructure, a dearth of skill-training opportunities, yawning scope for tourism development, he said he wants to “open people’s minds to the possibilities of what they can achieve and help them reach there”.

“I am now worried where I am going to get more goats. Everybody saying they want their goat. Jamaica imports $1.2 billion worth of goat meat for the purpose of curry mutton. It means 1,200 persons can make a $1 million each. One hundred and twenty of us can make $10 million each. I have a farm of 11 goats,” said Crawford.

The former member of parliament said that he had learnt hard lessons from his baptism of fire in representing East Rural St Andrew from 2011 to 2016. Crawford concentrated disbursements from his allocation of the Constituency Development Fund heavily on education, but was criticised by stakeholders that he did not find a pragmatic balance between his ideology and patronage on the ground. Losing critical support, Crawford could not muster the numbers in an internal poll for a vote of confidence to run again in the constituency.

The seat swung to the JLP’s Juliet Holness in the February 25, 2016 general election.

Crawford said he will not make the same mistakes in East Portland and will better sell his vision.

That is what he is trying to do with his Saturday ‘Mommy and Me’ Primary Exit Profile and Verandah Basic classes, which are specifically designed to allow mothers to help their children with schoolwork and offer much-needed assistance to slow learners.

Addressing the issue of race and class in the election, Crawford sought to cast himself as an underdog in the race for political sponsorship.

“My competitor has raised 10-15 times the money I have raised and she is not 10-15 times the candidate I am … . So what I understand is that those with wealth have contributed greater to a candidate who isn’t 10 times better than me. So I ask why?” he quipped.

But he is not daunted.