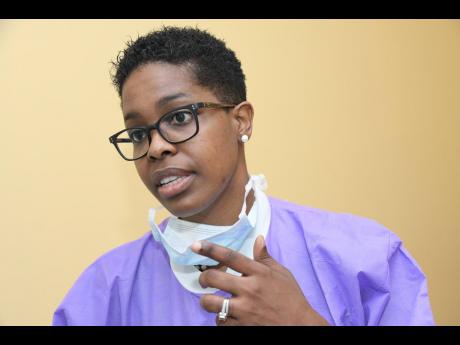 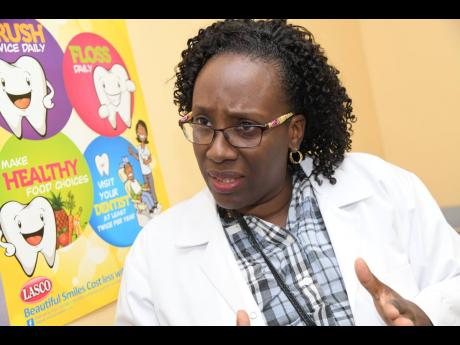 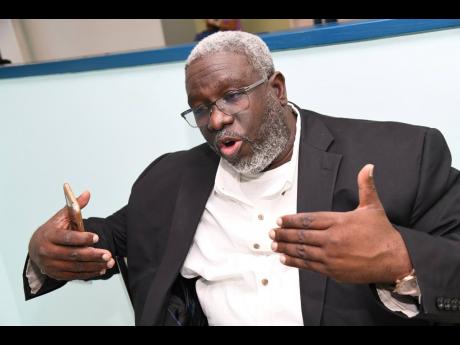 Rudolph Brown
Irving McKenzie, chief dental officer in the Ministry of Health, explains the gravity of the crisis afflicting dentistry in Jamaica.
1
2
3

An alarming shortage of registered dentists in Jamaica has led to a surge in botched services as patients pay a heavy toll chasing after dirt-cheap options. The horror cases have local dentists worried amid a refusal by clients to heed warnings.

Jamaica has only 25 per cent of the number of dentists required to serve the population.

The orthodontic industry has been particularly vulnerable to quacks as the cost to acquire braces is prohibitive for many Jamaicans.

“We have a lot of fly-by-night persons coming and doing braces for ridiculously cheap prices, and persons are taking to this because it seems even cheaper than what the actual or the genuine orthodontists are offering,” said local dentist Dr Lissa Pinkney-Gayle.

Acquiring braces locally can cost anywhere between US$5,000 to US$6,000 locally, but she finds that those infiltrating the industry to make a quick buck are charging as little as J$50,000 or US$400.

“Because the ortho is not being done properly, you have persons coming with pain. In fact, I have had persons come to my office to remove these fake braces that were put on because they cause ill effects to the teeth and infection and pain in the gums,” she said.

Pinkney-Gayle, who has been practising since 2007, said that education campaigns are necessary for discouraging individuals from going to quack dentists, but she finds that not many persons are willing to yield to the warning and often point to other persons who got good results from visiting these individuals.

“When we try to educate and say these persons are not legit, persons are saying, ‘No, but they are cheaper,’” she said.

Chief dental officer in the Ministry of Health Dr Irving McKenzie suspects that there are several persons operating as quack dentists in Jamaica, but he had no empirical data.

“It is what you call a public secret, that a lot of quacks are in Jamaica, meaning unlicensed, untrained persons doing dental work,” he said

“Nature abhors a vacuum, and where there is a lack of qualified and trained professionals, other persons may be tempted to want to try to do something. It is also greed, a significant amount of greed, because there is this economic award in dentistry,” he said

“From my perspective, the more you train dental providers and the more they are out there in the communities, things are going to change,” he said.

McKenzie said that persons often turn up at the certified dentists to get treatment after botched jobs by quack dentists.

“We do know that it is a significant problem because you would find persons turning up to their dentist with, say, some acrylic material in their tooth as a filling, and it is not a filling, or a person may come to the government dental services to have an extraction done because they went somewhere where someone attempted to extract the tooth and a part of the tooth is in the gum,” he said.

Fracture of the jawbone, serious lacerations, and damage to soft tissue are some of the evidence of this illegal practice of dentistry.

“It’s criminal what these people are doing. They don’t have the competence and the skill set to provide the kind of services that the public needs, further putting the public at risk for other kinds of diseases because infection prevention and control is key. Somebody is operating in your mouth, you want to know what the person is dealing with,” he said.

“Suppose the person has hepatitis, or infections, or a contagious disease? It is a ripe opportunity for many things to occur,” he said.

Dental surgeon Dr Rena Francis suspects that there might be as many as 20 quack dentists in Jamaica, but she said she has no empirical evidence to support this assumption.

“The issue is that these people who really do the quack service, as we call it in Jamaica, they move around a lot, so it is not very easy sometimes to find where they are,” she said.

“We do, from time to time, get complaints because the public still needs to be educated about a dental surgery, what it should entail, what it should look like, who should work in to a dental office facility and do certain procedures,” she said.

Jamaica is not the only Caribbean territory grappling with a prevalence of underground dentistry.

An 18-year-old Jamaican was arrested in The Bahamas on fraud charges for pretending to be a dentist last week. It is alleged that the accused, Juvanie Akino Montague, has been practising dentistry since 2018. He was charged with practising as a dentist, advertising dental services, and possession and control of dental appliances.

Prior to his arrest, Jamaican Santini Kerr-Wilson, who also goes by the name Nicole Wilson, was also arrested on fraud charges for pretending to be a dentist in The Bahamas.