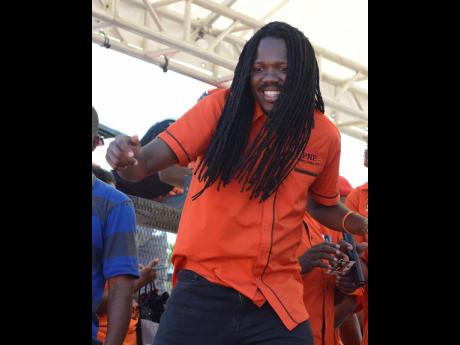 Vice-president of the People’s National Party (PNP) and the PNP’s candidate for the upcoming East Portland by-election, Damion Crawford, has outlined several initiatives to assist with improving student achievement and outcomes in the parish.

Addressing students at the College of Agriculture, Science and Education (CASE) last week, Crawford said he was willing to work with administrators to assist the institution to achieve university status, although he pointed out that there are several guidelines and rules that need to be followed and certain performance criteria that need to be maintained in order to qualify the institution.

“The university status is based on the school’s performance and how they score students and how they evaluate them,” said Crawford.

“It’s more the school that has to fix some things, because at any university, some people will not be welcome. So it is how the school functions that will cause it to become a university more than how the students perform. It’s the quality of exams, and it is the number of lecturers with second degrees and third degrees. Those are things that are looked at,” he added.

The PNP candidate will face off against the Jamaica Labour Party’s (JLP) Ann-Marie Vaz in the April 4 by-election in East Portland. The election became necessary following the murder of Dr Lynvale Bloomfield, who was the member of parliament for the constituency at the time, on February 2.

Crawford, who was also questioned about providing more assistance to early-childhood practitioners in East Portland, said that he did not yet have a plan to adequately deal with the issue of early-childhood education but that he would be seeking to address the issue.

“I know that the Government is seeking to carry basic schools under the auspices of primary schools. And that will call for a greater consumption of early-childhood teachers. Personally, from my resources, I don’t have a direct plan for the teachers in early childhood, but we will test every child in East Portland for learning disability to ensure that from the age of three, we will know what the issues are,” he said.

Crawford also acknowledged the importance of entrepreneurship to Portland.

“I have a chicken farm, 32,000 chickens for eggs. Last time I checked only CB (Caribbean Broilers), had more chicken than me, and I started with 4,000 but kept on improving. There is a lot of hindrance to investment in entrepreneurship through agriculture because of praedial larceny. I will move a motion in Parliament within three months, first of all to improve upon the ticketing system. We have a ticketing system where the person who have the carcass have to have a ticket, but the man who buy, there is nothing to say him can only buy from these people,” he said.

“We waan cut down this official market by saying that the buyer must also purchase only from official sellers. We also want a minimum prison sentence for praedial larceny. So we are saying that we want to increase the risk of ‘thiefing’ a goat. If you thief a goat now, you might get a slap on the wrist, or you might get a suspended sentence. We are gonna move a motion for a change of law in Parliament that if you practise praedial larceny, there is a minimum sentence. What that amounts to will take consultation with legal persons,” Crawford stated.

Crawford added that he would support paying teachers more to establish homework centres. He pointed out that National Heroine Nanny of the Maroons was one of two national heroes for whom a school has not yet been named. He said he would seek to change the name of the Fellowship Primary and Junior High School to honour Nanny of the Maroons.

“We are going to be focusing on math and, equally, having some programmes with the aim of making our constituency do math in January and then all the other subjects in June. When you do math by itself, one tends to do better. We are saying that the first child from the family that matriculates into university will be getting a scholarship,” he said.