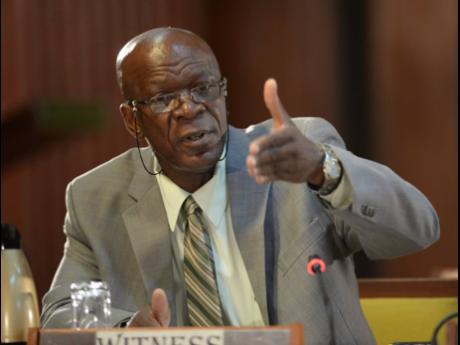 Former executive director of Jamaicans for Justice (JFJ), Dr Carolyn Gomes, is hailing a major ruling from the United Kingdom-based Judicial Committee of the Privy Council which could place cops accused of extrajudicial killings under greater scrutiny and prompt the Police Service Commission (PSC) to investigate them before they get the all-clear signal for upward mobility in the force.

The Privy Council, in its judgment, indicated that if the PSC had exercised its power to investigate allegations of extrajudicial killings levelled against then police superintendent, Delroy Hewitt, he may not have been promoted.

In a Gleaner interview yesterday, Gomes said she hoped the ruling would form the basis on which public bodies carry out future promotions.

“I am delighted with the outcome and I am glad for the vindication of all the work that has gone into it for many years, as you know since it was first filed in 2010, and I hope that this then provides a benchmark for the standards that all of the Police Service Commission, the Public Service Commission, etc., need to observe when they are considering promotions as a part of their accountability mechanism. They need to be sure of the character of the people they are promoting, particularly in the light of allegations,” Gomes said.

She added, “I think it’s important. It’s an important vindication for INDECOM (Independent Commission of Investigations), it’s vindication for Jamaicans for Justice’s insistence for accountability and transparency.”

In a judgment published on its website, Jamaica’s highest court, the Privy Council, ruled that while the PSC had no statutory duty to investigate the allegations against the ex-cop, if it had exercised its power to investigate, Hewitt may not have been promoted in April 2011.

“The PSC had the power to ask INDECOM to investigate, and such an investigation might reveal a different picture from the brief information with which the PSC had been provided. The final decision would still be that of the PSC, but there was a reasonable prospect that a properly informed PSC might have made a different decision,” a portion of the 12-page judgment read.

In July 2009, almost two years before Hewitt was considered for a promotion from superintendent to senior superintendent, the human rights body had raised complaints about fatal shootings by officers under Hewitt’s command, with the PSC, and inquired what investigations may have taken place. At this point, JFJ said it was not provided with a report.

JFJ again raised concerns about Hewitt in July and November 2010.

Shortly afterwards, the commissioner advised the PSC that Hewitt was being recommended for promotion, as an officer who had commanded challenging divisions and succeeded in reducing crime.

But in a fatal incident report, there were 37 incidents involving Hewitt that were still under investigation.

Following the decision by the Office of the Director of Public Prosecutions to not lay charges against Hewitt in April 2011 and the recommendation by the PSC that he be appointed a senior superintendent, JFJ issued a claim for judicial review.

The human-rights group was seeking to quash the PSC’s decision to recommend Hewitt for promotion and to require it to conduct an effective and impartial investigation into the allegations of misconduct against him.