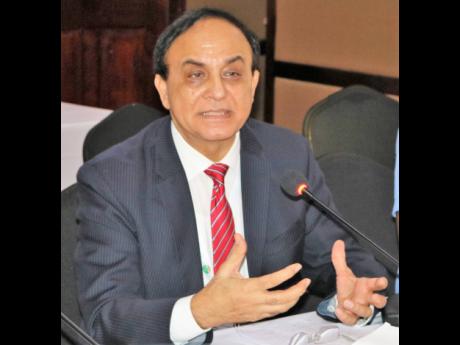 Caribbean journalists have been challenged to up their game by helping regional populations to fully understand climate change, such as global warming, most of which are linked to the use or misuse of one finite commodity – land!

“Climate change will be the most defining challenge of our times,” Dr Pradeep Monga, deputy executive secretary of the United Nations’ Executive Direction and Management Unit, told regional journalists in Georgetown, Guyana, recently.

“We only have one planet, so we don’t have a Plan B for us,” he reminded the group. “So climate change has to be addressed as a priority because it encompasses everything – economics, social and environmental science. But the main thing is that very few people know climate change can be addressed through land management more than anything else.”

Monga, who was addressing a media training workshop for a group of environmental journalists, said that the fragmented agenda with respect to land creates its own level of hardship.

He explained: “Many ministries, many different departments, you talk with an urban planner, he wants to put up houses. You talk to the farmer, he wants more productivity, more income. You talk to women, they want sustainable incomes, and so there is always a changing narrative, and this is the problem. So how to bring this fragmented agenda in the minds of people into a more holistic and cohesive way, that’s where we need your help.”

The message about key issues such as the linkages between land degradation and drought and how these can hinder the 17 Strategic Development Goals for which the United Nations has set a timeline of 2030 needs to be accelerated. These were among the central issues discussed at the 17th Session of the Committee for the Review of Implementation (CRIC 17) of United Nations Convention to Combat Desertification (UNCCD).

CRIC 17 will submit recommendations for consideration to its governing body the Convention of Parties during its next meeting from October 17-18 in New Delhi, India.

Having done the initial work in documenting the dangers of climate change, scientists now need the help of journalists in sharing this information in ways that Caribbean people and especially parliamentarians will be convinced of the need to be proactive and act in a timely manner to save lives and livelihoods.

Monga made this appeal: “The way the world is moving, we need more champions. More leaders at the country level, state level, community level who can save the environment who can promote land agenda.”