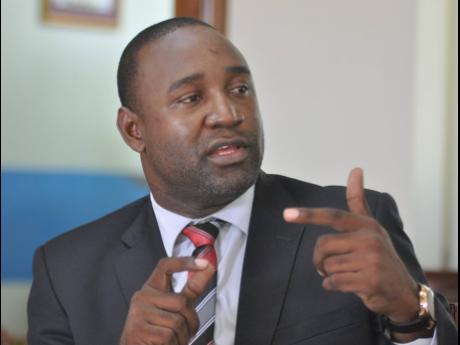 The Ministry of Health has faced scathing criticism for failing to inform the public about the presence of the influenza H1N1 in the country, following yesterday’s revelation by broadcaster Alan Magnus that his late wife Karlene ‘Kerry’ Douglas died last Friday due to complications associated with the virus.

“I have heard of several people dying from it. [For] Kerry’s death, the paper which we got from the hospital stated that that’s what she died from,” Magnus said while speaking on RJR 94 FM.

Yesterday, Nicole Dawkins-Wright, acting director of emergency, disaster management and special services in the Ministry of Health, confirmed that three Jamaicans have died as a result of the H1N1 influenza virus in St Ann, Kingston, and St Catherine. It was also revealed that there were six confirmed and 110 suspected cases across the island since the start of the year.

She also told The Gleaner that the H1N1 virus present in the island is not the swine flu strain.

Dawkins-Wright admitted that while the characteristics of the strains are different, the symptoms are the same. The symptoms include fever, cough, sore throat, runny or stuffy nose, body aches, headaches, chills, and fatigue.

“H1N1 has been circulating every year in Jamaica since 2009. While there is no difference in the manifestation of the H1N1 virus and the swine flu, it is the strain which makes them different,” Dawkins-Wright said.

Opposition Spokesperson on Health Dr Dayton Campbell is dragging the Government over the coals for how it has handled the situation.

“H1N1 influenza, it would still present in the same way [as swine flu]. All of them would still have the same symptoms, same presentation, same possible complications, and all of those things. The fact of the matter is that what the ministry ought to do is to inform the public about the flu virus. It is here,” Campbell, a medical doctor, told The Gleaner yesterday.

Although Health Minister Dr Christopher Tufton issued a warning in the House of Representatives last month due to a significant increase in the number of cases of fever and respiratory illnesses reported across the island, Campbell said that this was inadequate in light of the recent revelations.

“The advisory again was that we are in the season of that [and] persons should look out for them and get treatment. There was never something from the ministry that it is in the country. It is like giving a warning that there is a hurricane on the way and we have a hurricane watch. [It] doesn’t mean there is a hurricane in the country. It doesn’t mean that. They said it was a warning, an advisory that this thing is in the region,” Campbell said.

He said that the public needs to be provided with the information in order to take the necessary precautions.

“... They should have informed the public that [it] is here and that persons have died from it. Swine flu, H1N1 – all of them – are covered in the same flu vaccine, so I don’t know the differentiation that they are trying to make is to what end. I am not following,” Campbell said.

In a release last night, the health ministry said that this virus has a great potential to cause epidemics and pandemics and urged citizens to limit its spread by adhering to strict hygiene protocol, immunisation of high-risk persons, and seeking medical attention when ill so that treatment can commence at its earliest.

While the majority of cases are mild, the release said, all influenza viruses have the potential to cause severe illness.