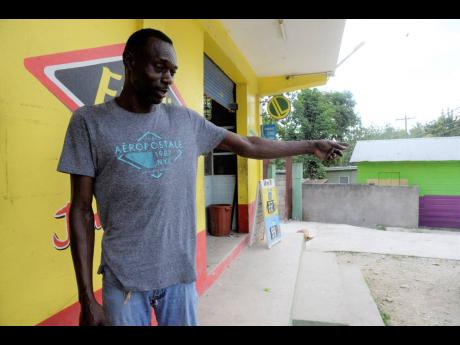 Lionel Rookwood
Lawrence Noble: It is a very serious matter. It is between the Government, the National Works Agency or CHEC that is responsible. And because I cannot get any positive answers, I have engaged a lawyer to deal with the matter. 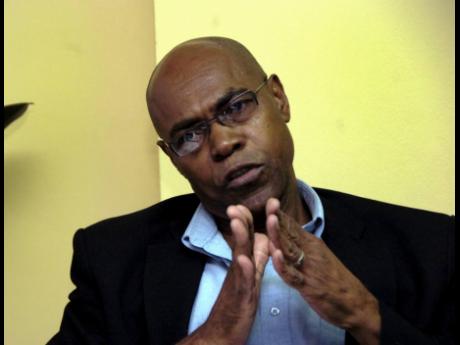 An aggrieved man is threatening to sue the Government and works contractors China Harbour Engineering Company (CHEC) after the remains of several of his relatives cannot be accounted for, following an exhumation to facilitate the widening of the Ferris to Mackfield road in Westmoreland.

Lawrence Noble, of Montosa Road in Whithorn, a small village northeast of the capital Savanna-la-Mar, told The Sunday Gleaner that he has already given his lawyer the green light to proceed with legal action, stemming from the “loss” of seven of his dead relatives who were dug up in the process to acquire land by CHEC.

Livid at the series of events, Noble suggested that the snafu may have been caused by a communication gap between the Chinese working on the project and Jamaicans with whom they come into contact daily.

“It is a very serious matter. It is between the Government, the National Works Agency or CHEC that is responsible. And because I cannot get any positive answers, I have engaged a lawyer to deal with the matter,” said Noble.

He said that when he received a call from the government-contracted parlour, Doyley’s Funeral Service, he was told that they only had one set of remains.

However, an official at Doyley’s denied unwittingly doing away with the remains, stating that any action by them would have been precipitated by plans made and verified by the National Works Agency (NWA) and CHEC.

“That would not have been us. We couldn’t identify, for example, two vaults and deal with one, much less to lose remains,” said a management official, who requested anonymity.

“There is a process involved where we would have been called in, the location would be inspected, the names of those interred would be collected, and the respective vaults located. So for someone to say they have lost the remains of loved ones in this process, I would say to that person, it’s not with Doyley’s,” added the official.

Noble, who said that the gravesites contained the remains of his great-great-great-grandfather from West Africa, and other foreparents, has lamented that the action has caused his family trauma.

“I have the name and pertinent history for the eight a dem. These remains are very important to my family, who make sure to travel come back here every year for decades now to clean the grave and have fellowship with those of us who are still here.

“I heard that they dug up everything, remains included, and go dump it on the road as construction material. They can’t find them, so more likely than not, they dumped them. When this is all done, we may be driving on our long-dead relatives,” Noble quipped, making light of his grief.

He reasoned that with his lawyer now in possession of his statement and documents to prove ownership of the land, he is now waiting on a court date to make his case.

Besides Nobel, residents in neighbouring communities have confirmed that several property owners are yet to be compensated for lands acquired by the Government.

“No payment has been made yet. There have been meetings, but nothing concrete has come of these. The only talk of payment involves payments for fruit trees that were uprooted in the process. In the meantime, because I cannot find the title, I have submitted all my tax papers as proof,” Nobel said.

Yvonne Freckleton, who resides about a mile away in Haddo district, also noted the slow pace of payouts from the State after two graves were dug up and the remains reburied elsewhere on the property she oversees for a close family friend.

“We were only told by the parlour that they coming to move the graves because of the road-widening situation,” Freckleton told The Sunday Gleaner.

She said that although the family had concerns, they eventually relented, giving tacit agreement for the exhumation.

“The family members were asking about recompense, of course, but we hardly hear anything about this. The remains are my friend’s relatives – an uncle and an aunt who were buried there,” Freckleton said.

NWA Chief Executive Officer E.G. Hunter said he wants to assure property owners that payment will be made, noting that the Government wants to fast-track payment before the end of the current financial year. The new fiscal year begins Monday, April 1.

“The payments we are talking about are for land acquisition, not for removal of gravesites. No money is to be paid to individuals where that is concerned. The payment in this case is to the contracted parlour, who then executes the work in line with Ministry of Health standards,” he said.