Tufton: We have more than enough flu medication 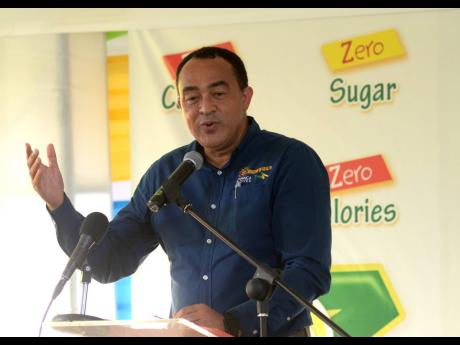 Health Minister Dr Christopher Tufton has said that there is enough medication available to treat cases of influenza A (H1N1) and other flu viruses in the island.

Speaking with The Gleaner last night, Tufton indicated that the strong strain of the virus currently going around, which is not to be confused with swine flu, has been around since 2009. According to Tufton, since then, the number of suspected and confirmed cases has been fluctuating annually, but the ministry has seen an increase since the beginning of this flu season.

Tufton said there is no need for panic as measures are in place to deal with the matter.

“As far I know, there is more than enough medication. We have more doses of the vaccine than we’ve had in previous years, and that was coming out of the last few seasons, when we actually ran out and had to get additional doses. We are always learning, so I don’t want to come across as if we had everything under control. Whenever there are other things that can be done as we go along, we will do them and keep an open mind,” he told The Gleaner.

Noting that he had previously stated that the influenza A (H1N1) virus was affecting the country, he cautioned that messaging surrounding specific strains could cause persons to miss critical information on combating the flu.

“If you get into very complicated conversations about the different types, you run the risk of confusing the message. What we are seeing now is not a new strain. It has been here since 2009. We created the alert, announced the alert, indicated the symptoms, advised persons most vulnerable to get vaccines if necessary, and, of course, [asked] those who are affected through the symptoms to seek medical advice. Those have been daily reminders on television.

“You never ever want to be complacent when you have these issues, so all the necessary precautions have to be taken, firstly, with public education, which we have done a lot of and continue to do; secondly, to prepare the medical and public-health facilities to respond, which is what the announced extended opening hours at specific facilities were about earlier this year; and thirdly, to see to what extent the situation the situation is getting better or worse, or otherwise.”

The minister gave props to public-health officials across the country, who he said have responded well to the challenge.

“In all fairness to the public-health officials across the country, they have responded to the challenge that has been posed in this flu season.”