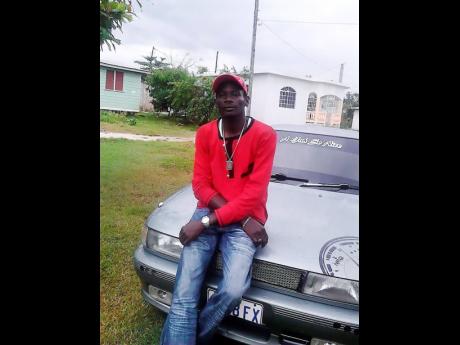 As sad as he was when his father died, Grange Hill High School’s principal Errol Stewart, was composed enough not to cry. However, he could not contain the tears that flowed last Friday when the school’s well-loved security guard, Clifton Lumbley, died from injuries he sustained in a knife attack at the Westmoreland-based school.

“If a window or a door needed to be repaired, he was the man to call. If a teacher’s car was giving trouble, he was the man to call. He was a jack of all trades to us,” continued Stewart, “If we were having an event at the school and we required a cook, he would be the first one to volunteer. Life will not be the same without him here at Grange Hill High School.”

According to reports, shortly after 2 p.m. last Friday, a number of intruders were seen on the school compound, and despite the best efforts of Lumbley and the dean of discipline, they refused to leave.

With the situation threatening to get out of hand, the police were called to assist in getting the outsiders off the compound. On the arrival of the police, the men exited the compound, but they returned shortly after the police left.

“I believe they (the outsiders) felt that it was Mr Lumbley who had called the police and they attacked him,” said Stewart, “I understand they first hit him with a piece of wood and then he was stabbed several times.”

The injured guard was rushed to the Savanna-la-Mar General Hospital, where he was admitted in a serious condition. He later died while undergoing treatment.

In the aftermath of the incident, one student, who is believed to be an associate of the outsiders, was taken into custody by the police. It is believed that he was also involved in the stabbing incident.

“The entire school is now in mourning,” Stewart told The Gleaner yesterday, “The school board will be meeting shortly to review the security [arrangements] at the school because we would not like to see another incident like this. Our condolences go out to his wife and family because we have lost a very special human being.”